The Indian prime minister will not be arrested when he visits SA: NPA 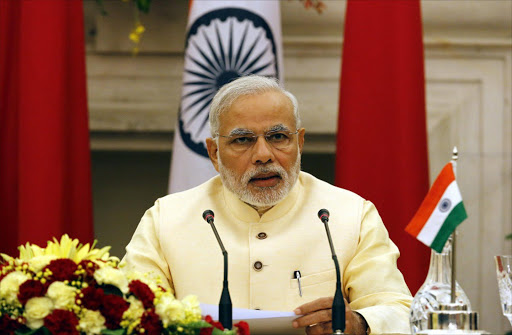 The National Prosecuting Authority (NPA) will not arrest the Indian Prime Minister Narendra Modi when he visits South Africa next week.

NPA spokesperson Luvuyo Mfaku said the Muslim Lawyers Association (MLA) had asked them to arrest Modi for alleged crimes in Kashmir‚ India – allegations based on a recent report by the Office of the United Nations High Commissioner for Human Rights (OHCHR).

“The South African authorities engaged the Indian authorities in line with our legal obligations. After evaluating the evidential material‚ information received and the applicable law‚ the NPA decided that there is presently inadequate evidence to sustain a successful prosecution and to support an application for a warrant of arrest‚” he said.

The BRICS summit‚ which Modi is due to attend‚ is set to take place in Johannesburg from July 25 to 27.

The OHCHR report‚ published last month‚ found there was past and ongoing human rights violations and abuses in Kashmir‚ which has suffered a conflict for 70 years.

The main focus of the report was the human rights situation in the Indian state of Jammu and Kashmir from July 2016 to April this year.

The OHCHR found there were human rights violations and abuses committed by security forces with “chronic impunity” in the Indian and Pakistani administered parts of Kashmir. It is estimated that up to 145 civilians were killed by the security forces between mid-July 2016 and March this year‚ and 20 other civilians killed by armed groups in this time.

“The political dimensions of the dispute between India and Pakistan have long been centre-stage‚ but this is not a conflict frozen in time. It is a conflict that has robbed millions of their basic human rights‚ and continues to this day to inflict untold suffering‚” UN High Commissioner for Human Rights Zeid Ra’ad Al Hussein said.