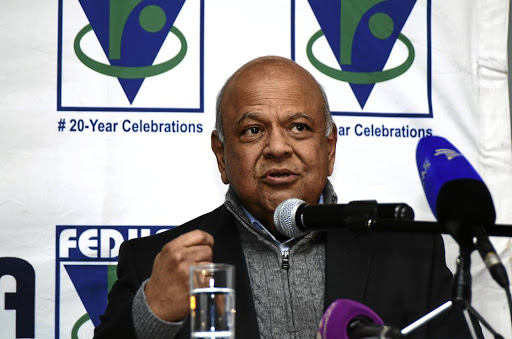 Speaking at the Federation of Unions SA mid-year leadership conference in Boksburg, East Rand, where he was reflecting on the state of parastatals yesterday, Gordhan said, however, that it would not be an easy task.

"The boards are beginning to collect forensic reports and will initiate new ones and the president has signed a number of proclamations which the SIU [Special Investigating Unit] is beginning to attend to."

"The boards are now getting on top of who has done what in these institutions and where has your money been filtered away, where is this money and how do we begin to make people accountable," the minister said to a round of applause.

"Once the boards have identified all of the above and how much has been stolen, the next task is to find out where is this money and how do we work with international agencies' financial intelligence sectors to help get that money back into the hands of South Africans."

However, he alluded that those with political connections were on a push back to avoid being brought to book.

Turning to the continued bailouts of parastatals, Gordhan said the government simply had no money to come to the rescue of these institutions.

"The finance minister isn't going to give anybody any money at this point in time and I think he made his position very clear that the country is facing financial constraints and we need to understand that. Our objective is to avoid bailouts for state-owned institutions. It's possible in some instances but also difficult in other instances," he said.

With regard to the wage negotiations at Eskom, Gordhan said the board would have to go and "cut somewhere else".

Gordhan reflected on former US president Barack Obama's sentiments at the Nelson Mandela lecture about greed, saying "it is also happening in our country as people want to steal and continue stealing."