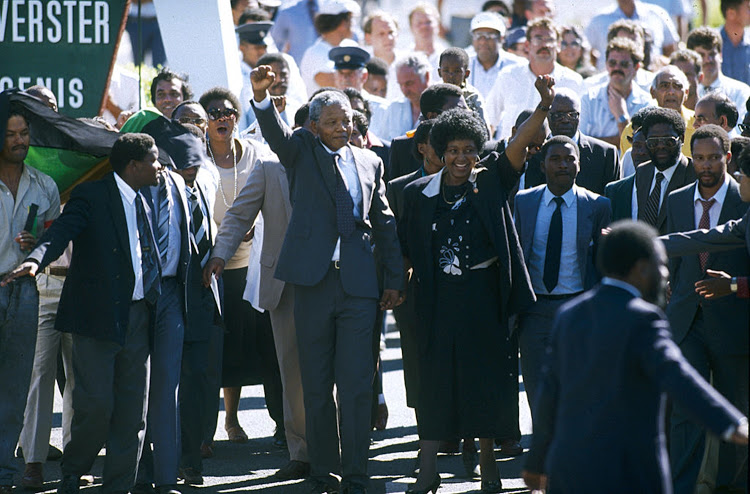 The apartheid government had fears that South Africa would erupt in “unrest” if former president Nelson Mandela died in prison.

This revelation was contained in a Central Intelligence Agency (CIA) document titled “Nelson Mandela: What if Alive and Well and Free in South Africa”.

It – and scores of others - were released by Washington-based group Property of the People on Tuesday to mark what would have been the struggle stalwart’s 100th birthday.

“South African officials have been considering Mandela’s release primarily because they fear that the death in prison of the ageing leader (who is 68) would trigger massive upheavals and would intensify international criticism‚” the document read.

It was prepared in September 1986‚ almost four years before Mandela’s release. At the time‚ he had already been incarcerated for 24 years. According to the document‚ it was prepared by the CIA’s “Office of Leadership Analysis for the Secretary of State’s Advisory Committee on South Africa”.

Another part of the document revealed how the CIA felt Mandela’s age would motivate him to ensure transition happened speedily in the country.

South Africa’s military briefly “lost control” of its airspace as heads of state arrived to pay their respects at his memorial service.
News
3 years ago

“Mandela’s age and his perception of his place in history are likely to push him to move quickly on talks. His perception that there is relatively little time left to him might enhance his willingness to compromise on secondary issues‚” the CIA said.

It further states that South African officials believed releasing Mandela could work in their favour and help them gain international favour.

“Some South African officials believe that his release could produce a public relations bonanza. It also might exacerbate existing ideological divisions in the black community and throw the ANC and other opponents off stride as they adjust to his return to the political fray‚” it states.

The document further reveals that the apartheid government had already offered Mandela his freedom in exchange to him returning to his homeland in the Transkei region. He had rejected this offer.

The United States was at the time already exploring what Mandela’s release would mean for them.

“We believe that if he were released from prison‚ he would be willing to talk to the US officials but would probably insist on a high-level meeting and resist suggestions that he modify his basic demands or agree to a lengthy transition to black majority rule‚” the CIA said.

The CIA felt Mandela was “sincere” in the statements he had made about there still being space for white South Africans in a ‘black-ruled’ South Africa.