The Elders descend on Zimbabwe ahead of crucial election 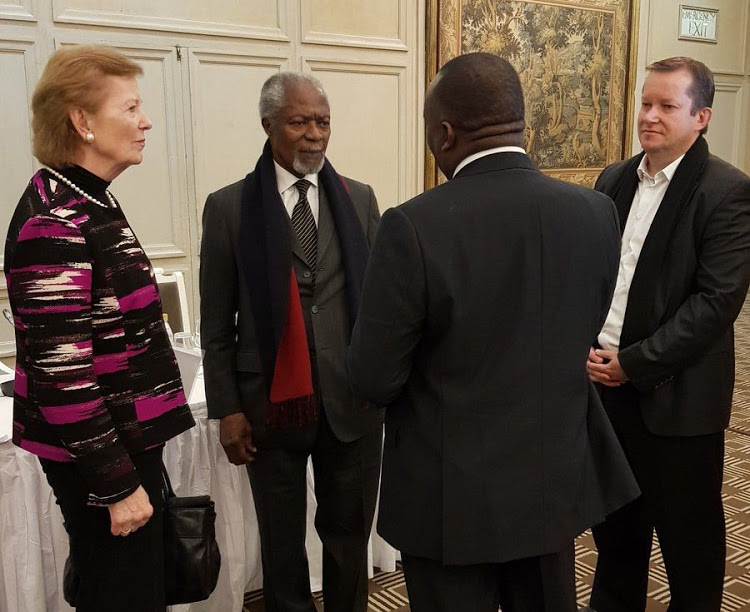 The Elders‚ led by Kofi Annan, in Zimbabwe on July 19, 2018 to assess the country’s preparedness for its upcoming elections.
Image: Twitter/@TheElders

Annan is joined by Mary Robinson‚ former president of Ireland‚ and Lakhdar Brahimi‚ an Algerian career diplomat‚ for their three-day mission in Zimbabwe to assess the country’s preparedness for the all-important polls.

According to a picture tweeted on The Elders’ official account‚ the diplomats met some presidential candidates in Harare on Thursday‚ including Joice Mujuru‚ leader of the Zimbabwe People First‚ Nkosana Moyo of the Alliance for the People’s Agenda‚ and the Coalition of Democrats (CODE)’s Elton Mangoma.

The Elders’ visit at a time when most disgruntlement against the Zimbabwe Electoral Commission (ZEC) and the ruling party Zanu PF is coming from the MDC Alliance.

“That was a serious cyber security breach. They actually cloned our site and we are in the process of doing something about it and we should have that site taken down in the course of the week‚” she said.

The alleged hacking was brought to light a week after Zanu PF sent text messages to registered voters on their mobile phones asking for votes.

Leading mobile phone operator Econet distanced itself from the bulk messages‚ prompting the opposition to suggest that the electoral body was working in cohorts with the ruling party.

As such‚ the MDC Alliance is preparing to picket the electoral body’s offices until the eve of the election if the group’s queries are not addressed.

“People will be staying at the offices. We will start in Harare‚ but we will have teams in all the provinces so that nothing will happen until we get a satisfactory response‚” the MDC Alliance said.