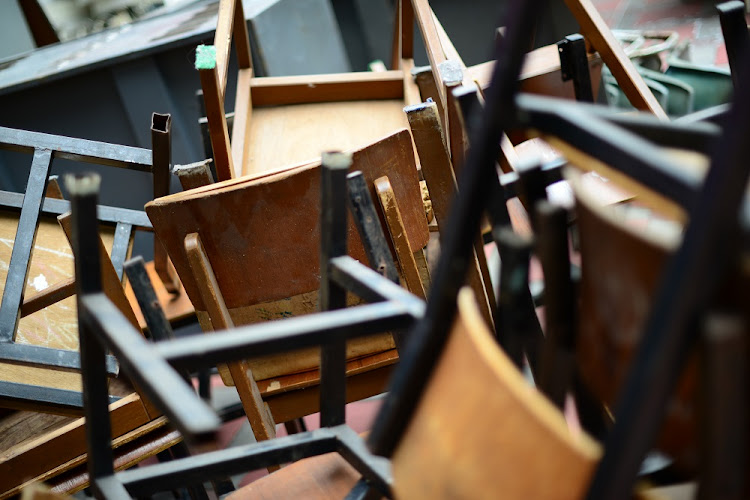 While the world celebrated the centenary of Nelson Mandela – a man who believed in equal education for all – parents kept their children home from the “death trap” of Schornville Primary on Wednesday.

After 14 years of broken promises‚ the school is tottering on its pillars. Ceilings have collapsed and electrical wiring is exposed.

Parents of the 1200 pupils from Grade R to Grade 7 have “condemned” the 50-year-old building in King William’s Town‚ saying it is an accident waiting to happen and a “death trap”.

The Department of Basic Education has been instructed to deliver mobile classrooms.
News
3 years ago

Prefab classrooms perching on cement blocks‚ some of them toppling over‚ made news in April last year when a pupil fell through the floor.

Leon Weimers‚ a parent who lives nearby‚ said the wall of a classroom block collapsed during the midyear holidays.

On Tuesday‚ when schools reopened for the third term‚ the pupils spent only two hours in class before 100 parents‚ led by School Governing Body (SGB) members‚ emerged from a meeting that decided to shut the school and send the children home.