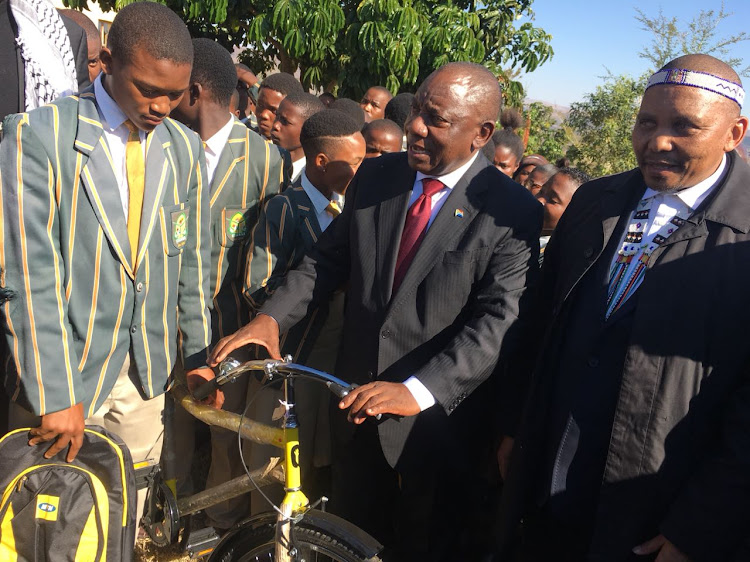 President Cyril Ramaphosa and his predecessor Jacob Zuma handed over 100 bicycles to pupils from the Mandela School of Science and Technology and the Makgatho Lewanika Mandela primary school in Mvezo‚ Eastern Cape.

One of the beneficiaries‚ 13-year-old Sinoxolo Siyo‚ a Grade 7 pupil at Makgatho Lewanika‚ said she was thrilled at no longer having to walk to school.

Malunga Mputha‚ 17‚ who is in Grade 9 at the Mandela Science School‚ said he often spent around R200 on transport to attend school.

Zuma was greeted with cheers on his arrival. He and Ramaphosa also planted 100 trees at the Great Place‚ but Mandla Mandela said cameras were not allowed inside.