How Mandela's intellect was shaped in village courts 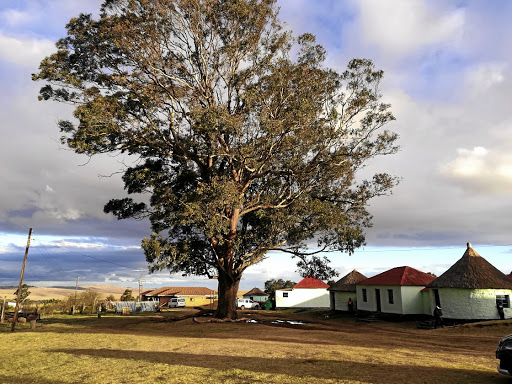 Madiba gained his early political lessons and leadership skills under this tree.

About 95 years ago, a young Nelson Rolihlahla Mandela would sit under the big gum tree listening to stories from his AbaThembu elders at the Mqhekezweni Great Place, where his guardian and AbaThembu regent Jongintaba Dalindyebo (Mtirara) would be hearing cases brought by his people.

Now Dalindyebo's grandson, Nkosi Zanomthetho Mtirara, the reigning traditional leader of Mqhekezweni, continues the tradition under the same tree, believed to have been planted in the 1900s.

"We do not only get big shade from these trees - they also serve as our traditional courts, where many cases are heard. If trees could talk, many good stories from generation to generation could be told. It was under this tree that Madiba gained his sharp political wit and leadership skills. Indeed, Mqhekezweni was the place that made the Mandela we all know," said Zanomthetho.

The gum tree stands tall in front of the oldest building in the Great Place, which is the house of the regent king.

The long walk for water at Mandela’s birthplace

As the global community celebrates the centenary of Nelson Mandela‚ his eldest grandson‚ Nkosi Mandla Zwelivelile Mandela‚ decried the lack of clean ...
News
3 years ago

Matanzima, Mandela and Dalindyebo (Ngangelizwe) are cousins and their houses, together with Joyis and Mqanqenis, make up the AbaThembu royal family - originating from King Mtirara of the Madiba clan. The Mandela house is the fifth but it has a big cultural responsibility of mediating and intervening on problems of all the other four houses.

It is the glue that is supposed to hold all the houses together. Zanomthetho is proud to hold such a legacy and hopes the tree is as much part of the next generations' lives as it was of the past ones.

Mandela - born to Nkosi Mphakanyiswa Gadla Mandela and Nosekeni Mandela - left Mvezo for Qunu with his parents when he was two or three years old. They left Mvezo after Mphakanyiswa was stripped of his royal status and chiefdom as a result of a dispute with a white magistrate. After his father died, Mandela's mother moved to Mqhekezweni.

"I think he was between eight and 13 when he moved here. He stayed in Mqhekezweni for about 18 years. Mqhekezweni is the place in the Eastern Cape that he stayed the longest - most of his childhood and youth. He was here right until he left for Johannesburg."

Mandela, in gratitude to the Mtirara royal family and Mqhekezweni, raised funds to build the Jongintaba Technical High School and two big facebrick houses - one for the widow of his best friend and cousin, Jongintaba's son Nkosi Justice Mtirara, and the other for her granddaughter, the mother of Zanomthetho.

He also put Zanomthetho through his tertiary education.