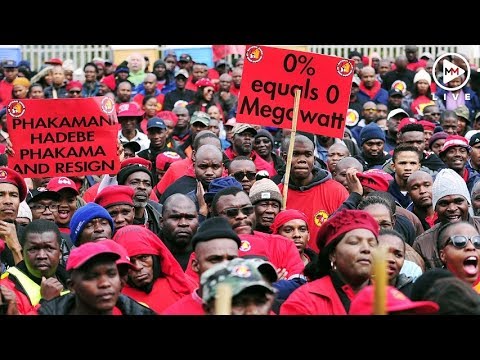 Wage negotiations are still on going at Eskom
Image: FILE

Wage negotiations between trade unions and the power utility Eskom continue to drag on and will resume on July 27.

According to Numsa secretary general Irvin Jim‚ Eskom Group CEO Phakamani Hadebe promised that workers would get a bonus this year.

“Eskom’s challenges should not be used as a justification to deny workers their well-deserved bonus.”

In June‚ the utility introduced load shedding after some workers picketed at some power stations. The unions have since denied their members were responsible for the blackouts.

The trade unions previously Friday consolidated their wage‚ calling on Eskom to hike workers’ wages by a reduced 8% in 2018 and 8.5% for the two successive years.