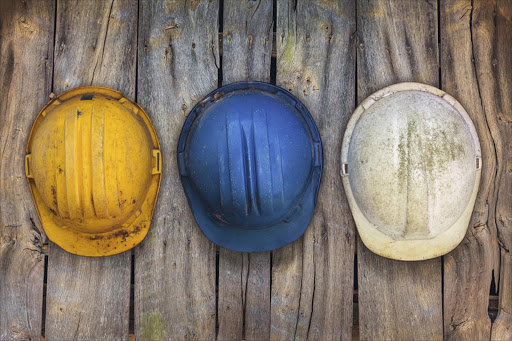 Five workers have died after a fire that broke out at the Palabora Copper Mine in Limpopo‚ the company said. The fire occurred at one of the mine’s conveyor belts on Sunday morning. Initially the company issued a statement saying that two miners had died and four were caught underground. A later update said that the death toll had risen to five.

“We are saddened to provide an update that the rescue teams have recovered three (3) more bodies of our colleagues‚ bringing the total of our colleagues who have lost lives to five (5)‚” the company said on Sunday.

“The management‚ rescue team‚ officials from DMR and organised labour continue to work hard to rescue our one (1) colleague who is still confined underground. More information will be shared with the media as the investigation unfolds.”

The company said it had halted operations to allow the investigation to be carried out.

“As the company‚ we reiterate that nothing is more important than health and safety of our employees and contractors. We ceaselessly strive to instil increased safety commitment from our employees.

“Palabora Copper is saddened by the incident‚ loss of lives and continues to grief with the families. Our deepest condolences and sympathy are with the families during this moment of sadness.”

The Association of Mineworkers and Construction Union (Amcu) said rescue efforts had been complicated by soaring temperatures underground.

Amcu said the fire had broken out around 1.25 am at conveyor belt 5. A logistics belt operator spotted the smoke and workers were instructed to head to the nearest refuge chamber‚ an emergency shelter installed underground. Amcu said a team from Burgersfort‚ more than two hours’ drive from the mine‚ had to be called in since a local unit was not ready to complete the rescue.

The Burgersfort team started their rescue efforts around 11 am‚ more than 11 hours after the danger had been reported.

A mineworker died on Tuesday morning at Harmony Gold’s Kusasalethu mine.
News
3 years ago

“They managed to recover one living and two deceased mineworkers from the mine‚ but the high temperatures which rose to 64 to 67 degrees Celsius‚ made the rescue efforts almost impossible‚” Amcu said on Sunday.

“Then later‚ at around 19:00 this evening‚ another three mineworkers were confirmed dead in the refuge chamber. The proto team could not stay down long enough due to the high temperatures‚ as they were wearing ice jackets which only protect them for a limited time. The other mineworker is still missing‚ though.

“The smaller fire which was still burning is reported to have been extinguished now‚ but the temperatures are still in excess of 50 degrees Celsius. Breathing is difficult due to ventilation pipes being damaged by the flames‚ and communication lines have also been compromised. According to the proto team‚ as soon as the temperature subsides to below the 50-degree mark‚ they will be able to go back underground locate the missing mineworker.”

Amcu expressed its condolences at the loss of lives.

“The AMCU leadership is currently at the mine‚ praying that the situation will change for the good‚ and that the remaining worker can be evacuated alive.”

Miners’ medical aid demands ‘a matter of life and death’

The National Union of Mineworkers (NUM) is gearing up for negotiations with gold mining companies in Boksburg on Wednesday.
Business
3 years ago
Next Article