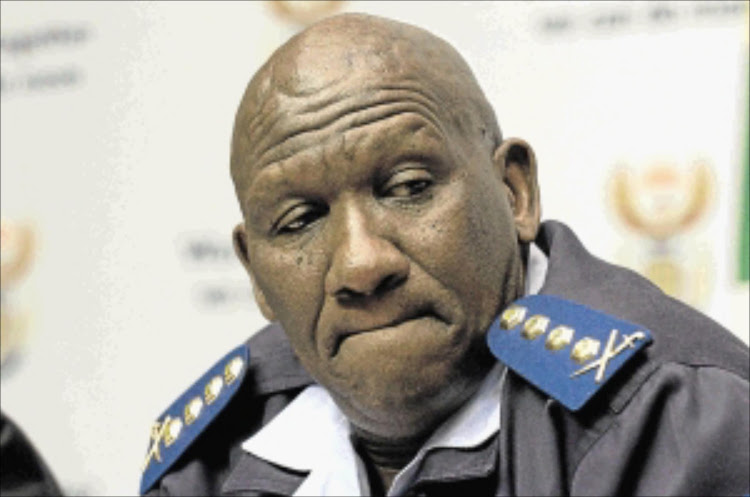 The suspects were tracked down by a multi-disciplinary team from Gauteng‚ consisting of seasoned investigators‚ tactical response and tracking teams after an intelligence-driven operation in Gauteng and Mpumalanga.
Image: TREVOR SAMSON

Police minister Bheki Cele will come face to face with suspects linked to the murder of two police officers when they appear in the Germiston Magistrate’s Court on Monday.

The four suspects were linked to the shooting of 37-year-old Constable Motlalentoa Mahlatsi who was killed in Elsburg‚ in the early hours of July 11‚ while responding to a complaint.

The suspects were tracked down by a multi-disciplinary team from Gauteng‚ consisting of seasoned investigators‚ tactical response and tracking teams after an intelligence-driven operation in Gauteng and Mpumalanga.

Cash-in-transit heists have declined by 61% in a month since the launch of a nationwide police operation.
News
3 years ago

The first two suspects were arrested in Katlehong for alleged involvement in the killing of Constable Mahlatsi. Police linked one of them to the alleged murder of another police officer‚ 36-year-old Constable Bafana Happy Hlungwani‚ who was killed at Germiston in April.

During the arrest police recovered a hijacked Chevrolet Cruz‚ an AK-47 assault rifle‚ magazine and rounds of ammunition.

The fourth suspect‚ a 32-year-old male‚ was arrested over the weekend in Germiston. He was found in possession of an unlicensed firearm.

Cele condemned the killings‚ saying that members of the force were a “national asset and they need to be protected by all of us including members of the community. We say no to bail for those who kill police officers.”