ASA rules in favour of McDonald's 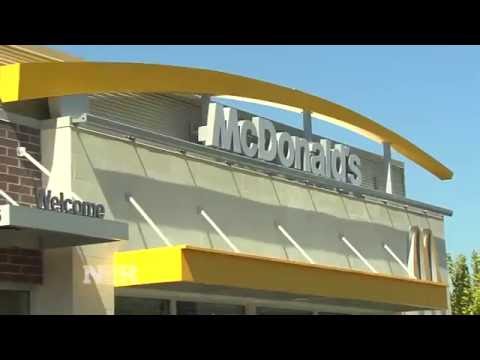 McDonald’s has won a case that was lodged against it with the ASA;
Image: FILE

Jeannette Oosterhuis placed her burger meal order expecting to get a complimentary pair of socks on the side.

But when a voucher was delivered instead, she saw red.

Oosterhuis lodged a complaint against McDonald's after failing to receive a promised "limited edition surprise gift" during a one-day promotion on June 7.

Last month, McDonald's advertised the deal in a post that stated: "Looks like we're getting closer to the launch of #BigMacYourWay with delivery! Order an Extra Large Grand Big Mac meal for a limited edition surprise gift! Hurry, it's only valid between 10.30am and 12.30pm, while stocks last."

She argued that the visuals - which depicted images including a pair of red socks - gave the impression that the gift may be a pair of socks. Instead, she got a voucher.

It investigated and discovered Oosterhuis's order was incorrectly processed by a cashier, who entered a wrong promotional code at the till.

McDonald's added that according to its terms and conditions, a gift could be substituted "with an appropriate replacement of equal or greater value".

The ASA accepted McDonald's explanation that it had been an isolated incident.

"In addition, and in an effort to compensate [Oosterhuis] for her inconvenience, it [McDonald's] also tendered to deliver to her a pair of the promotional socks," ASA ruled.

"From this, it would appear that the advertising was not misleading and did not create ambiguity in terms of the promotional gift, as the advertised gifts were available."