Report finds only 36% of children live with their biological fathers 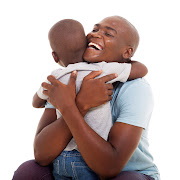 Are South African fathers pulling their weight in caring for their children?

This is a pressing question behind a groundbreaking report just released which found that only 36% of children live with their biological fathers.

A further 35% live with a man who is not their father‚ meaning altogether 71% live with an adult male in the house.

This is against a backdrop of anecdotes that hit the media every day about fathers who walk the spectrum of bad behaviour from non-involvement to defaulting on maintenance payments to committing acts of physical and sexual abuse against their young or other young children.

But the report‚ called State of South African Fathers 2018 and compiled by Sonke Gender Justice and the Human Sciences Research Council‚ relies on data and nuanced discussion which moves beyond the sensation of headlines.

They say the texture is rich by age‚ race‚ class‚ geo-type‚ ethnicity or family type.

Mothers‚ fathers and children experience “a wide canvas of fatherhood portrayals”‚ meaning such a rich canvas “requires sensitivity that moves beyond simplistic interpretations”.

This is the first report of this nature in South Africa and it highlights that not all fathers who are physically present are helpful and involved. Likewise‚ not all absent fathers have shirked all their responsibilities.

And yet‚ there are still alarming trends that need to be addressed. “From the research and cultural work on fatherhood to date‚ it could be inferred that men are not involved sufficiently in childcare in South Africa‚” say the researchers.

“This lack of involvement poses several wide-ranging challenges for mothers‚ children and fathers.”

They also say “we do not know enough” about the long term effects of involvement versus non-involvement by fathers.

What we do know‚ however‚ points a definite finger at what needs to change: “Men who live with children are unlikely to be the primary caregivers‚ and likely to do less childcare work than women.”

Data from the National Income Dynamics Survey showed that only 11% to 12% of children received primary care from their fathers‚ and every eight hours of unpaid care work by a woman is matched only by one such hour by a man.

The report is affiliated with the MenCare Global Fatherhood campaign‚ which promotes men’s and boys’ involvement as equitable‚ non-violent caregivers.