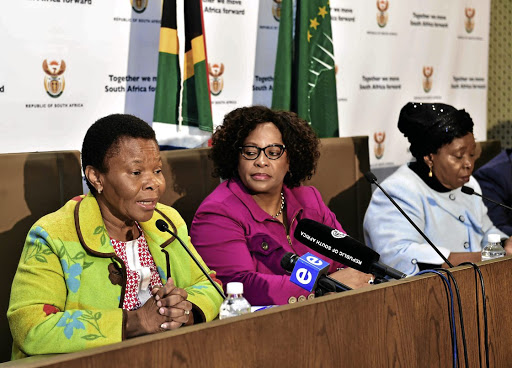 The SA Social Security Agency (Sassa) has reported controversial grants distributor Cash Paymaster Services (CPS) to the police and the Constitutional Court for allegedly interfering in its migration to a new grants payment system.

This was revealed by the Minister of Social Development Susan Shabangu at a press briefing yesterday.

The briefing was convened to provide an update on the migration from the old system administered by CPS to the new one, to be operated by the SA Post Office (Sapo).

The migration is part of a Constitutional Court judgment issued last year.

The court found the contract between Sassa and CPS to be unlawful and invalid and ordered grants to be distributed by the state-owned post office.

The court also ordered that it be given regular updates on the progress made by an inter-ministerial committee set up to oversee the migration.

Shabangu's announcement comes after there was chaos earlier this month when some grant beneficiaries struggled to receive their payments while the post office and Sassa grappled with the migration.

She spoke of instances where CPS employees waited at payment points to coerce beneficiaries into signing forms to commit them to remain on its system.

"Some of the interference is to make sure that when our beneficiaries go to pay points, they are being lured to not continue getting their grants or assistance through the post office."

"We've seen CPS employing or having people who stand at different pay points. They recruit beneficiaries to continue receiving payment through CPS." she said. Shabangu said such possible breaches of the court order had been reported to the Constitutional Court and to the police.

The interministerial committee, which is led by Minister in the Presidency Nkosazana Dlamini-Zuma, reported that since it started the migration process in April this year, just over 1.8million beneficiaries had been issued with new gold Sassa cards.

The old white card is to be phased out at the end of September.

The committee said during this month's payment cycle, the post office paid grants to 800000 beneficiaries on the new gold Sassa card, while another 300000 were paid via Postbank Mzansi accounts.

SA Post Office CEO Mark Barnes said the ongoing strike would only have an impact on postal services and not on the payment of social grants.

Herman Kotze, the chief executive officer of Net1, which is CPS's parent company, said they told the minister that they welcomed any competition, provided that it was fair and that the grant recipients were free to choose the account of their choice.

He said Sassa and Sapo did not have monopoly in offering bank accounts to grant recipients.

Kotze added that the Social Assistance Act makes specific provision for beneficiaries of grants to opt for a bank account of their choice.