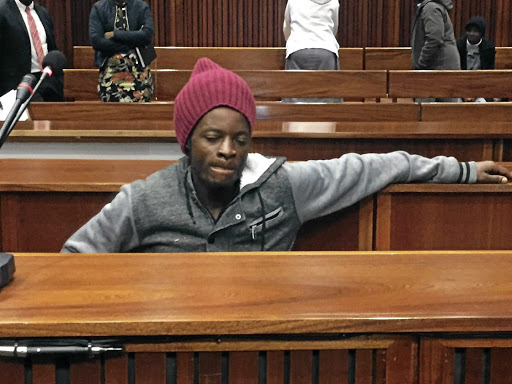 Zimbabwean national David Mamvura showed no remorse for his rape cases in the Polokwane High Court./supplied

A serial rapist was yesterday sentenced to life and 259 years imprisonment by the Polokwane High Court.

"You didn't show any remorse and you maintained that you were not guilty despite overwhelming evidence against you," Kganyago said.

The 259 years in jail was for rape, attempted murder and robberies Mamvura committed between 2012 and 2014 in Polokwane.

He was convicted of 10 counts of rape, nine counts of housebreaking with intent to rape, two of attempted murder, eight robberies and one count of grievously bodily harm.

Chauke was also jailed for additional 254 years.
News
2 years ago

"His youngest victim was a 15-year-old girl who was a virgin before he raped her. During her testimony, she periodically cried that he stole her virginity.

"Her world has been turned upside down [by you]," the judge said.

"He told her to open her legs and stared at her private parts before raping her," Kganyago said.

The rapist unleashed his reign of terror at night and in the early hours around Polokwane's CBD and nearby suburbs.

The judge said it was such acts that made women call men trash.

The court also heard how Mamvura hit a Polokwane man with a hammer and cracked his skull.

The judge said the victim had to wear adult nappies and his speech has not recovered.

Mamvura told the court he was appealing the sentence. However, prosecutor Sam Ngobeni opposed the appeal, citing it lacked merit.

Kganyago then dismissed the appeal application.

Mamvura, who represented himself throughout the trial, cried as police officers escorted him into the holding cell.

After the proceedings, Mamvura told Sowetan he was convicted because Kganyago did not give him the opportunity to cross-examine witnesses.

"The court relied on documents and there is no evidence showing that I committed those crimes.

"The judge was biased and I'm going to appeal the conviction and sentence," he said.