More than 80 families use one toilet 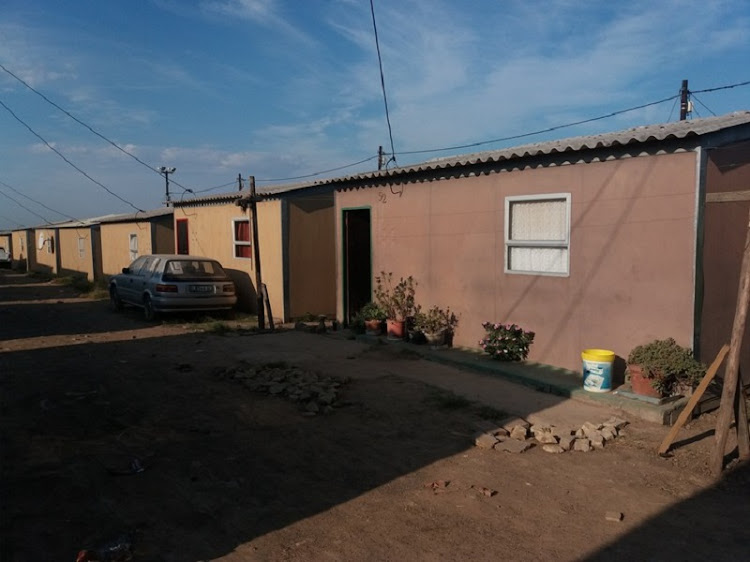 Residents living in temporary shelters in Braelyn, East London since 2013 share one toilet, some homes are cold and damaged.
Image: Chris Gilili

More than 80 families living in temporary shelters in Braelyn‚ East London‚ say they have been sharing one toilet since 2013. They have complained that the shelters are “damaged‚ cold and are in an appalling state”.

The families were moved into the structures by the Buffalo City Metropolitan Municipality after a fire destroyed more than 100 shacks in Florence informal settlement‚ Duncan Village in 2013. More than 200 people were left homeless.

In June‚ protesting residents burnt tyres on a busy freeway leading to East London’s CBD. They are demanding to be moved to formal houses.

Resident Mzingisi Zweni shares a home with his wife and their two children. “These shelters are very cold and my shelter has holes in some places. I am very worried because it’s winter now. One Human Settlements Department official made a mockery of our situation and said they would give us silicon to fill the holes.”

Zweni said more people have since moved into the shelters. “We only use one communal toilet that is not in a good state. It is very inhumane. Every year the municipality says they are aware of our situation‚ but nothing is done.”

A 31-year-old community service nurse is forced to perform specialist duties inside a neonatal intensive care unit without supervision.
News
3 years ago

Community leader Ashere Damise says the Department of Human Settlements had empathised with residents over their living conditions but said that no budget was allocated to accommodate them in 2018.

“We have been staying here for five years. When our shacks burnt‚ the municipality told us houses will be built for us as soon as possible. People are angry. The municipality does not take us seriously. These shelters are damaged‚ cold and are in an appalling state‚” he said.

Damise accused the ward councillor of only visiting the shelters to quell tensions after they protested. “We have written several letters appealing for someone to take a look at our situation but not succeeded.”

MEC lashes out after torching of new library

Library equipment to the tune of R1.9-million has gone up in flames in Ixopo, south-central KwaZulu-Natal.
News
3 years ago

Responding to questions from GroundUp‚ ward 10 councillor Roseline Vitbooi said she was aware of the situation at the Braelyn shelters. “I will get hold of Human Settlements Department and see if we can go there and organise a meeting with residents.” Vitbooi said she had not seen the municipality’s budget and therefore could not comment on the claim that shelter residents were not included.

Head of human settlements at the municipality Ntombizandile Mhlola said‚ “I am very aware of their struggle. When they protested a month ago‚ we went there and told them that they will be a priority for houses that will be built for Duncan Village but construction has not begun.”

Mhlola said the municipality would meet with residents to update them on plans in August. “They need to be patient and wait because construction for the houses has not even started yet.”

Residents however have promised to continue protesting until their demands have been addressed.