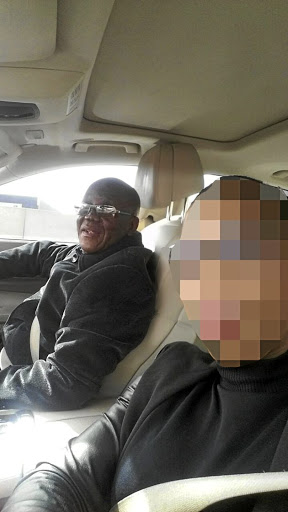 Godfrey Dire was also the team doctor of a PSL club.
Image: SUPPLIED

The mystery surrounding the death of a 62-year-old medical doctor at a Sasolburg, Free State, lodge took a new turn when a couple appeared in court yesterday for being in possession of his car.

Dr Godfrey Sankubele Dire's family believes that the East Rand medic might have been killed, although police say they have only opened an inquest into his death.

Dire was found dead at an unnamed lodge in Sasolburg on June 30 after he had allegedly checked in with a 26- year-old woman. The companion has not been seen since.

The two appeared in the Benoni Magistrate's Court charged with possession of a suspected stolen vehicle.

Dire's daughter Nomava, 34, told Sowetan that her father's credit card was used in a spending spree worth about R25000 on the same day he was found dead.

Nomava said her father's credit card was used at a mall on the East Rand.

She said her family learned of his passing from lodge staff who called them after he was found dead in his room with foam coming out of his mouth.

This has prompted the family to suspect that he could have been poisoned.

However, Free State police are not investigating the allegations and only an inquest docket had been opened.

Nomava said her father had left home to attend an induction ceremony at the Sasolburg Hospital where he was expected to resume work last week.

"He had just graduated as a gynaecologist and moved from Bongani Regional Hospital in Welkom where he practised to the Sasolburg Hospital,"
Nomava said. "He called my stepmom a day before he was killed and asked her to cook him samp and beef stew because he was on his way home.

"[But when] she called him back to check how far he was he never answered until that call that informed us of his death." 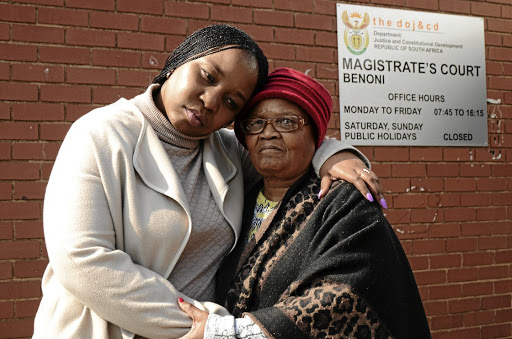 Nomava Dire, the daughter of the late Senkubele Dire, with her aunt Gabantathe Dire, outside the Benoni Magistrate's Court yesterday where they were attending a case of two suspects found with the late doctor's car.
Image: Mduduzi Ndzingi

Nomava said his father was known to be a ladies' man.

"If anyone wanted to kill him they would have known his weakness was women. We believe his lover killed him.

"We are three in total as his children from different mothers, but our father loved us dearly and was very supportive and strict to all three of us," she said.

Dire's older sister Gabanthate said his death came as a shock because he was not sick.

"He was a very active gym person and he was not sick... we suspect that he was poisoned," Gabanthate said.

Dire was buried on Saturday at Fourways Memorial Park in Johannesburg, although his family said postmortem results were still outstanding.

Lewatle's mother Thembi told Sowetan that her son told her that he got the car from his ex-girlfriend, who is believed to have been the same companion who was with Dire at the lodge.

"My son was called by a woman who asked him to accompany her to Edenvale after a funeral ceremony of a family member in Daveyton," she said. "She then asked him to go and park the car for her [outside] since she did not have parking space where she lived because she had just bought it.

"He then decided to take the car for a joyride with friends around Daveyton, where he met Lerato, whom he offered to take home but ended spending the night with her after partying."

Thembi said her son and Lerato were arrested for a crime they did not commit.

Police spokesman Mavela Masondo said police arrested the two after the vehicle was traced through its tracking device, which led them to a hotel in Benoni.