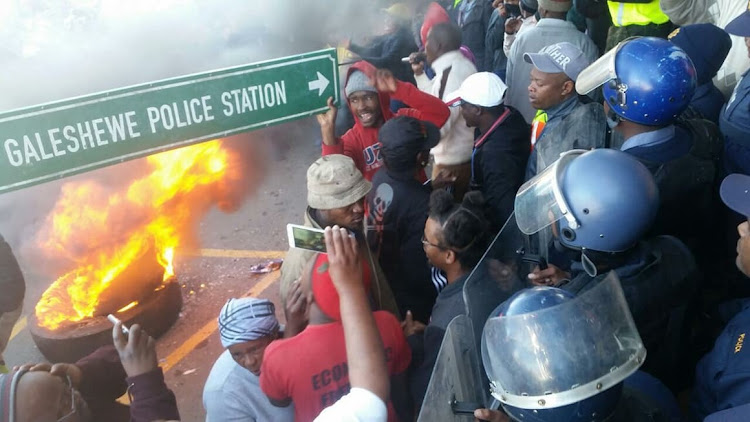 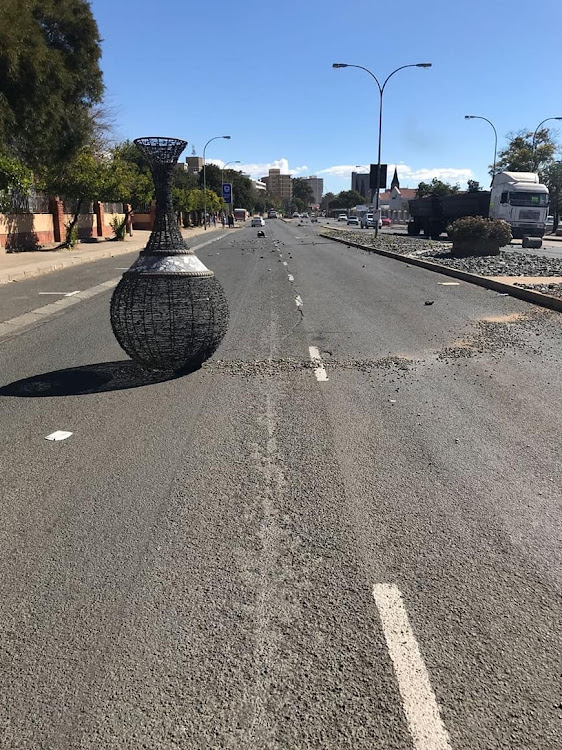 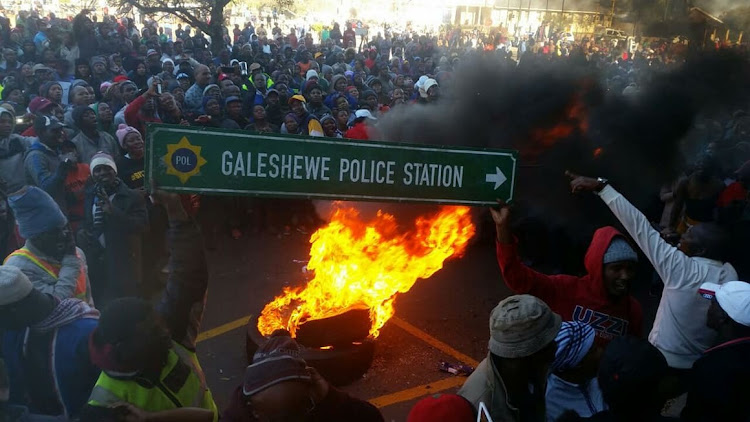 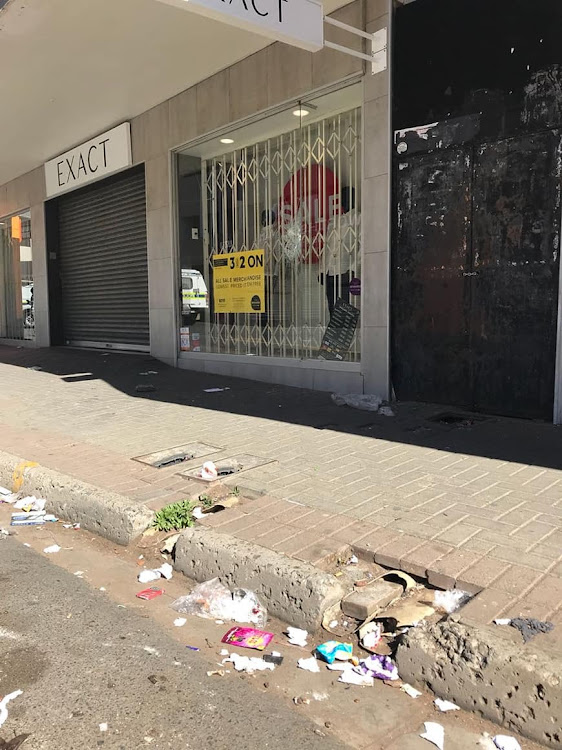 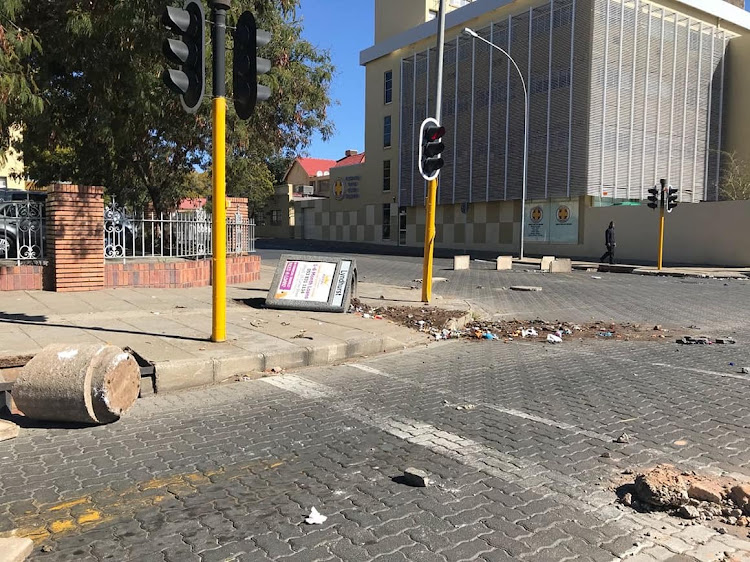 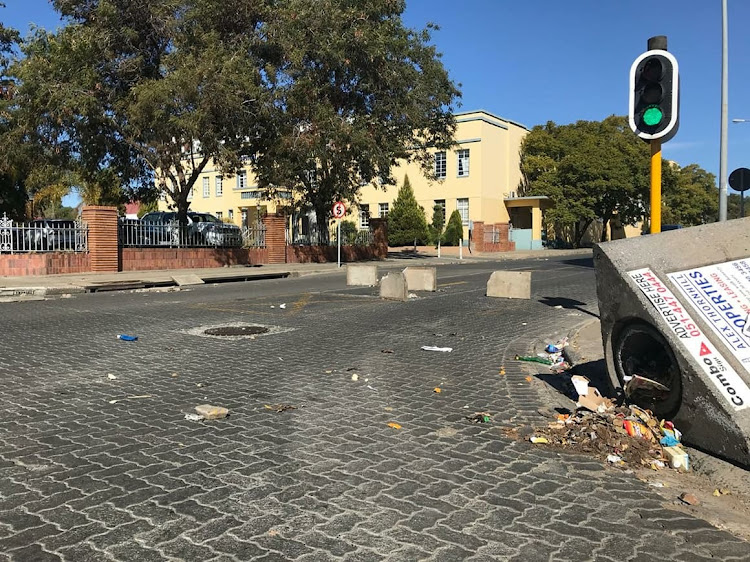 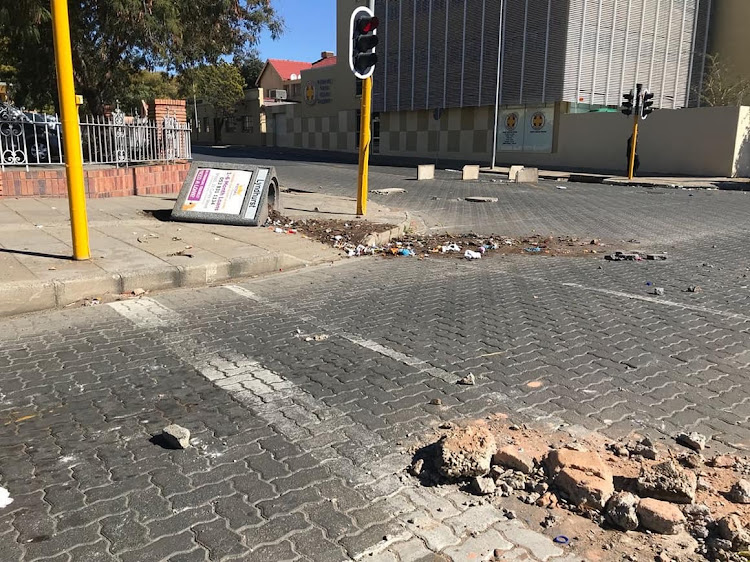 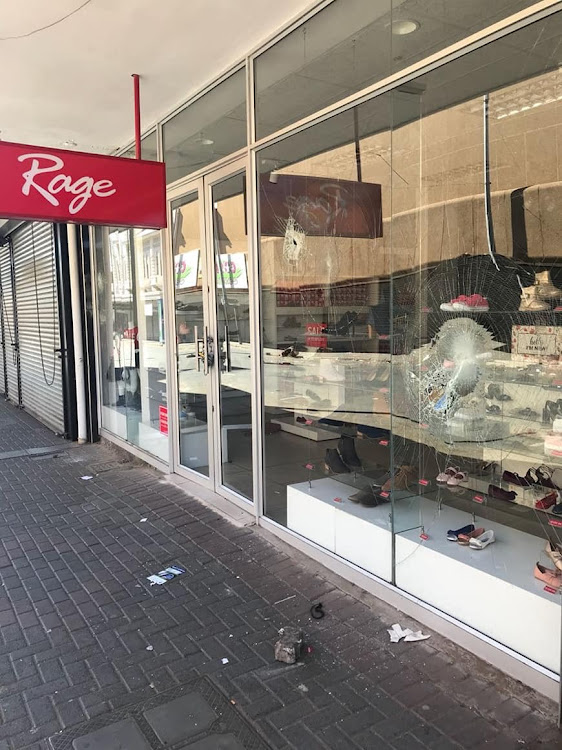 On Thursday protestors in the Northern Cape city damaged buildings and street signs as they picketed against high electricity tariffs and demanded the removal of certain municipal officials according to reports.

“There was damage to a few buildings,” she said.