Duduzane Zuma makes his second court appearance in a week 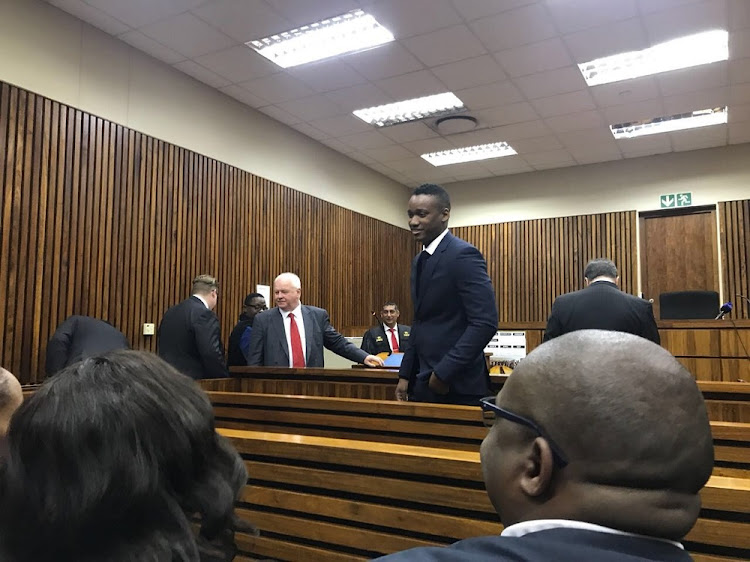 Duduzane Zuma’s culpable homicide matter is expected to be postponed to allow his defense to peruse through the docket.

Zuma will be making his second court appearance this week in the Randburg Magistrate Court today. The 34-year-old is expected to answer for the deaths of two people when he crashed his Porsche into a taxi in 2014.

The National Prosecuting Authority’s spokeswomen Phindi Louw-Mjonondwana said the matter would be postponed for disclosure.

“His defense has not seen the contents of the docket yet and the matter will be postponed to give them time to go through it,” Louw- Mjonondwana said.

Phumzile Dube was killed instantly while three others were injured.

Pedzisane Dube, Phumzile’s brother previously told the Sowetan that he was relieved that Zuma would finally have his day in court.

“There was a time when things were quiet and we didn’t know if he would be prosecuted. We are just happy that we will finally get to see justice,” he said.

This will be the second time Zuma appears in court this week after he was charged with corruption on Monday at the Johannesburg Specialised Commercial Crimes Court.

Scuffles broke out at the Randburg Magistrate’s Court on Thursday July 12 2018 as members of the Black First Land First accosted Afriforum CEO Kallie Kriel, after Duduzane Zuma appeared in court.