Sister blames herself for sibling's murder 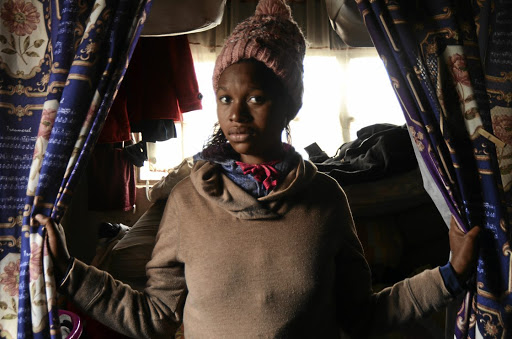 Sinenhlanhla Khanyile stands in front of a room where her younger sister, Nondumiso, was abducted at the weekend allegedly by unknown people who had gained entry to her room. She was found dead on Monday. /Mduduzi Ndzingi

The sister of a 14-year-old girl who was killed and her body dumped in a storm water pipe regrets not being there the night the teenager vanished.

Nondumiso Khanyile's body was found within a 2km radius from her home in Diepsloot, north of Johannesburg, on Monday. She was reported missing from her home early on Sunday morning.

Sinenhlanhla Khanyile, 24, yesterday could not hold back the tears as she told Sowetan that the family believed the girl was abducted from her bedroom because she never left home at night.

On the night of the incident Sinenhlanhla had visited relatives, and Nondumiso was alone in the bedroom she usually shared with her.

Now Sinenhlanhla harbours regrets and believes she could have protected her sister and prevented the abduction from happening had she been around.

"I was visiting family in Thokoza and once it was dark I decided to sleep over because I am five-months pregnant and do not feel safe walking the streets at night," Sinenhlanhla said.

Maselane sentenced to a total of 58 years in prison and one life term.
News
2 years ago

She said she would have heard the intruders and could have screamed for help to alert her brothers who were sleeping in the next room.

"I know I would have heard the intruders. But we don't even know how many of them there were. We do not know where to start searching for answers."

She believes her sister could have been abducted by someone known to the family, saying the person knew the lay-out of the house as the teenager never interacted with strangers.

Sinenhlanhla broke down as she recalled the last conversation with the Grade 8 pupil on Saturday.

"She was washing her jacket and jeans when I left and was excited because she was going to receive an award for computer literacy at church the next day. 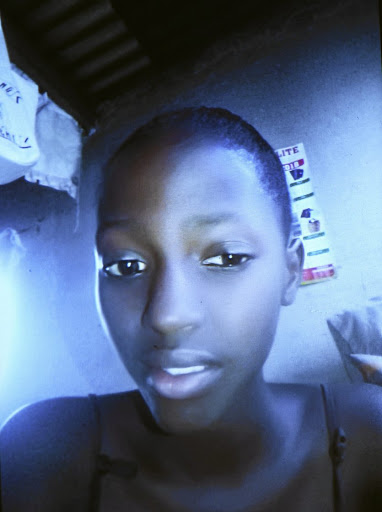 Nondumiso Khanyile was a happy and bubbly child.

"Ndumi was very intelligent and wanted to be a doctor... nobody in our family was as clever as she was at her age," Sinenhlanhla explained.

With a piercing distant look in her eyes, she described the Diepsloot West Secondary School pupil as a happy teenager who was always helpful around the house.

Nondumiso never had any social media accounts, and that has left the family without a clue where to start searching for answers.

"She was last seen on Saturday night [in the house] around 9pm by my brother, just before they went to bed," she said.

The family noticed she was gone around 4am on Sunday when the mother saw the open bedroom door, and realised that her child was not there.

Sinenhlanhla spoke of the anxiety that overcame them as she, her mother and community members, conducted a search for the teenager.

The body was found not very far from her home on Monday afternoon.

"I will never be able to erase the image of her body stuffed in a pipe like that. I saw her feet and immediately knew it was her.

"I saw the look on my mother's face when she saw Ndumi's body being removed; it broke my heart."

Sinenhlanhla added: "I will never be able to forgive myself because she would not be dead if I was there that night."

Lerato Modubu, a community member who was part of the team searching for the teenager, said they were shocked at the gruesome nature in which Nondumiso was killed.

"She was naked. Her body was battered and bloody. There was a knife that was found next to her body which [we believe that it] was used to stab her.

"It was a disturbingly violent crime [scene]," Modubu said.

Spokeswoman for police, Sergeant Juliet Mogale, said they were investigating a case of murder and were awaiting postmortem results. Mogale said there had been no arrests so far, adding that the police were searching for the killer.