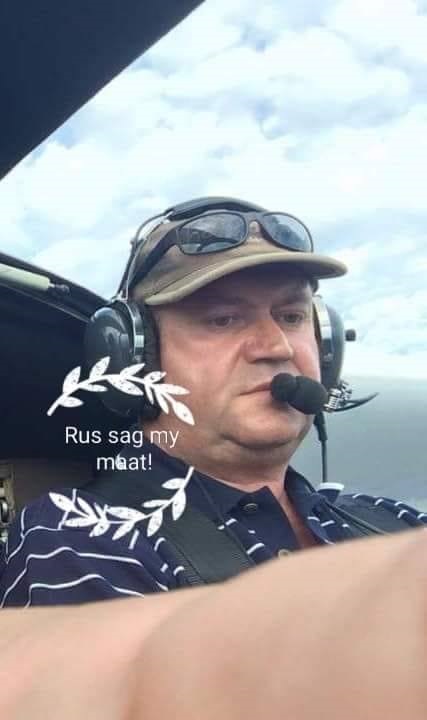 The flight engineer Christo Barnard that died in the plane crash in Pretoria on Tuesday. Date: Wednesday, July 11, 2018.
Image: Facebook

The plane that crashed north of Pretoria on Tuesday has claimed its second life.

“We have now confirmed that two people have died‚” the Dutch aviation museum Aviodrome confirmed on Facebook on Wednesday.

“One was a South African technician on-board the aircraft and one factory worker from the building the airplane hit. There are currently still patients in the hospital‚ two of which are critical.”

“I knew him well‚ as the brother of one of my best friends. He was an ex-SAAF (South African Air Force) member who joined in the early 1980s while I was also still in the SAAF. He was only 54 years old. RIP Christo‚” Christo Lee posted on a Facebook group on Wednesday.

Christo Barnard was the Flight Engineer who died in the Wonderboom accident. I knew him well as the brother of one of...

In the video‚ the Convair 340 can be seen moving down the runway and taking off.

An aircraft crashed 1km east of the N4 in Derdepoort and about 8km east of the Wonderboom Airport on July 10 2018. One person was confirmed dead and 19 injured.

Two pilots were critically injured and a passenger suffered a double amputation in the crash.

The aircraft was formerly operated by Rovos Air as part of a small fleet ferrying passengers on nostalgic air safaris in southern Africa in conjunction with train journeys undertaken by Rovos Rail.

Rovos Rail spokesperson Brenda Vos said the aircraft – a Convair 340 that first flew in 1954 - was sold to Aviodrome‚ a Dutch Aviation Museum‚ a “couple of months ago”.

“We had tried to launch Rovos Air as an alternative product to our luxury trains but we did not have much success in that space‚” Vos told eNCA on Wednesday.

“We tried to sell the aircraft but there is not much interest in vintage aircraft anymore.”

She said there had not been any safety concerns regarding the plane.

“The plane‚ as far as I know‚ had passed all the tests‚” Vos said.

She said it had been carrying a Dutch team and it was due to be taken to the Netherlands.

“The aircraft‚ built in 1954 was donated to Aviodrome by the South African owner‚ Rovos Rail‚” said a post by the museum on its website.

The aircraft was expected to fly through Africa and onto Europe to its new home base. The museum had contributed to the €350‚000 cost of preparing the aircraft for the flight‚ which included purchasing spare parts and the cost of the crossing.

According to Brandt‚ the plane was repainted in “the classic Martinair scheme for its imminent departure to its new home at the Aviodrome Lelystad in the Netherlands”.

He said the airplane was set to arrive in Europe on July 23.

“It is a pity that the titles have not been applied yet but I am still nevertheless ecstatic to be able to get some nice photos of this stunning old aeroplane one final time.”