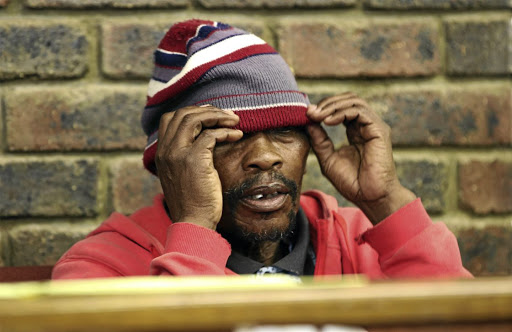 Orlando Pirates captain Thabo Matlaba's father was yesterday described as a serial offender with previous convictions and a pending case against him.

Testifying in the bail application of Kalubi Hezekiel Matlaba, who appeared for murder in the Phalala Magistrate's Court near Lephalale in Limpopo yesterday, investigating officer Warrant Officer Norman Mboweni said Matlaba had been convicted three times on assault charges.

He said the 63-year-old also had a pending case of arson which was on trial in the Lephalale Regional Court.

Mboweni said Matlaba was convicted in 1978, 1982, and in 2008, with the latter conviction happening in Dennilton, Mpumalanga.

Matlaba stands accused of killing William Mafokwane, a 29-year-old man from his home village of Senita in Bakenberg, Mokopane. Mafokwane died in hospital in Lephalale last Monday, a day after he was attacked with a knife.

The father of Orlando Pirates captain Thabo Matlaba appeared in court yesterday in connection with the murder of a man he allegedly stabbed in a ...
News
3 years ago

Police did not oppose bail, despite officer Mboweni telling Magistrate Matthews Pila that Matlaba fled to Tembisa, east of Johannesburg, after the stabbing.

"The two are well-known figures in the community of Senita and I do not forsee any problems if they were to be granted bail," Mboweni said.

Matlaba's lawyer, Sonti Maphoto, said he did not know of any witnesses on the murder case against his client.

"My client is unemployed and helps in grooming soccer players in the community. He has no travel documents and has no relatives outside of the Republic of South Africa,"
argued Maphoto.

Mboweni said the accused had shown remorse during his investigation.

He said the firearm that was pointed at the deceased had since been handed over to the police, adding that the state had a strong case against the two accused.

The court confirmed that they faced schedule six offences. Matlaba and Mabokela were each granted bail of R1000 and the matter was postponed to next month.

Suspect on the run after fight over deceased's baby mama.
News
3 years ago
Next Article