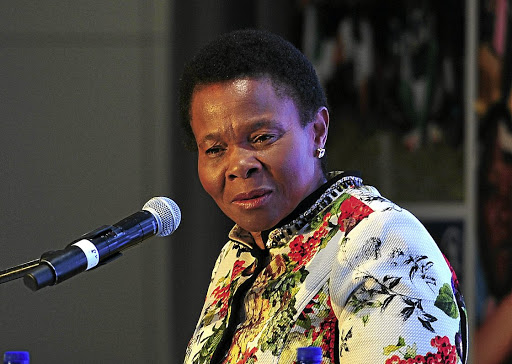 Shabangu said the company was "cheating and not being honest" as it allegedly offered Sassa beneficiaries its sister company Easy Pay Everywhere (EPE)'s cards instead of new Sassa/SA Post Office cards.

The minister was speaking in Johannesburg yesterday where she said this was a battle she was prepared to fight against CPS.

"We are aware that we are going to find resistance, it's a battle we will have to confront, with CPS trying to claw back," Shabangu said.

The EPE cards, which provided a mobile ATM service, have already been snapped up by more than 2.3-million beneficiaries, while Sassa was phasing out pay-points.

"They're trying to extend their scope in order not to go away.

"They're cheating by making them get the EPE cards, trying to push us back, which we will not allow," she added.

CPS spokeswoman Bridget von Holdt said they had been advised that Sassa has launched an application with the Constitutional Court, requesting its intervention in "resolving the apparent allegations as raised by the minister in her briefing".

"We are unable to comment on the minister's allegations against CPS based on hearsay. As always, we require details so that the matter can be investigated and we will certainly institute the required corrective action if necessary," Von Holdt said.

The latest Sassa report submitted to the Constitutional Court also lambasted CPS for "deliberate miscommunication" to grant beneficiaries who were in the process of migrating to the new cards.

"CPS has provided Sassa with a total of 2355130 electronic mandates, received from beneficiaries, for the grant money to be paid into the
EPE account," Sassa's report stated.

This comes as the CPS' contract with Sassa, which was declared invalid by the Constitutional Court in 2014, is winding down in two months.

The contract was allowed to run until September by the ConCourt so that social grants payments were not negatively impacted.

The report, however, also stated that should any beneficiary lodge a dispute claiming not to have agreed to receive their grants through the EPE card, they would be given an option to indicate payment channels of their choice.

Around 730 000 beneficiaries which had already migrated to the new Sassa card couldn't receive their social grants on the first of July due to technical glitches caused by the system overloading.