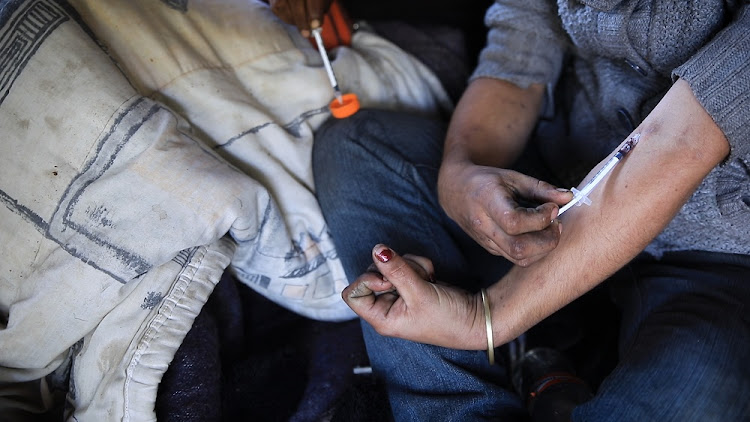 A former drug addict who lived on the streets has joined a mission to help homeless drug addicts in Tshwane by giving them something that could potentially save their lives.

Food‚ shelter and a fresh change of clothes may be the kind of help that many think of offering. But former drug user Connie van Staden says syringes give them a chance of starting life afresh.

"I do this [the needle exchange programme] because when they change their ways‚ they will have a life to live‚" said Van Staden‚ who is now a human rights and advocacy officer for the Harmless Project.

This publication spoke to one of the project's beneficiaries‚ Duncan Tsegula. "I wish I had come across this project much earlier because some of my friends [who were homeless and using drugs] died from HIV‚" said Tsegula.

Back when he was on the street‚ there was one homeless man known as Doctor‚ he said. Doctor had earned his title by having the ability to give users something that they desperately needed – needles and syringes. 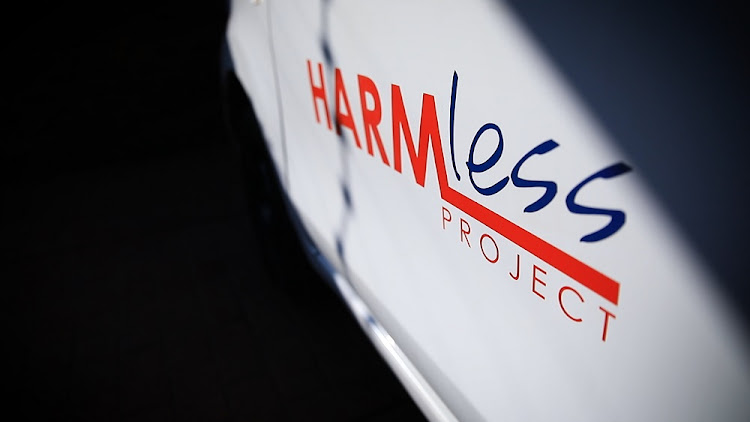 "He had about four needles and we would buy our stuff and then go to Doctor. We would stand in a queue and wait for our turn to use the needle. You would pay to use the needle and afterwards‚ he would sterilise it by just washing it down with water‚" Tsegula added.

He has been clean for a year and now joins Van Staden and others who are part of the Harmless Project in distributing needles to drug users at the places where they not only sleep‚ but use drugs too.

Twice a week‚ they visit these spots. Giving back a used syringe gets a user a clean‚ new‚ sealed one. Programme manager Nelson Mederios told this publication about the importance of the work they do.

"Sharing a syringe is actually the most efficient way to transmit blood-borne viruses. It is more effective than penal and vaginal sex‚" he said. Research has revealed that 45% of drug users in Tshwane who inject drugs are HIV-positive.

More than 90% contract hepatitis. Besides offering syringes‚ this publication noted Tsegula giving addicts advice on the safest ways to ingest the drugs. "Drugs are there. We are dying by using drugs without having the correct information‚" Tsegula said. 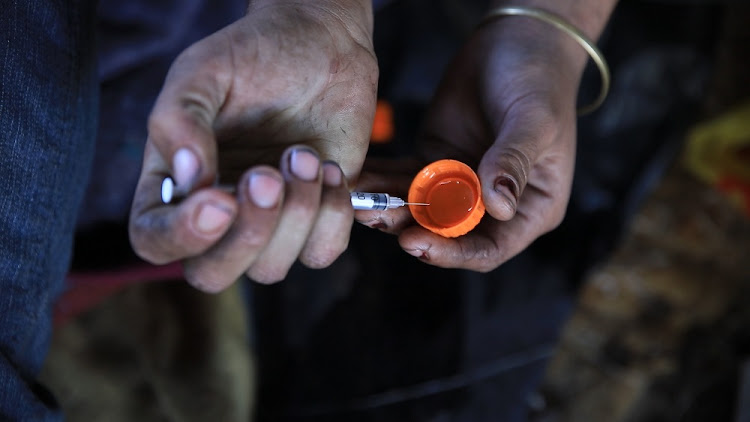 Research has revealed that 45% of drug users in Tshwane who inject drugs are HIV-positive.
Image: Abigail Javier

He explained that this was a lifeline for drug addicts because for many it was impossible to get assistance in the mainstream medical clinics. "Hospitals treat [homeless drug users] like garbage‚" Tsegula said‚ adding that it would be impossible to get sterile needles from government facilities.

Mederios likened their project to "giving condoms to a sex worker". "It is not that we condone the practice and we know what they are doing is illegal by law. The core idea behind it is that if people aren't willing to stop and don't want to stop‚ we still have to try reduce the risk while they are using‚" he said. Last year alone‚ the project‚ formerly known as Step Up‚ managed to exchange a million syringes.

As this publication visited the site where one of the needle exchanges happen‚ we came across one young man who explained that exposure to this project has given him hope to turn his life around. He beamed with pride as he told Van Staden that he had moved from using five bags a day to only three. "It is so much easier to judge and say it's a choice [to use drugs]. It was a choice to start but it is not a choice to get off‚" he said. 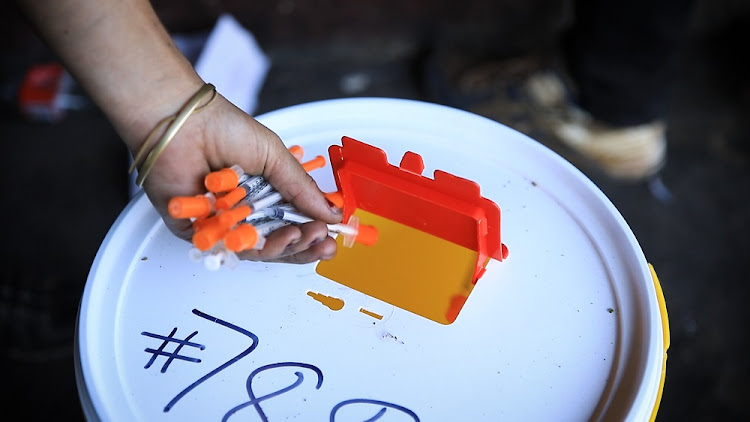 Harmless Project distributes needles to drug users, giving back a used syringe gets a user a clean‚ new‚ sealed one.
Image: Abigail Javier

A former drug addict who lived on the streets has joined a mission to help homeless drug addicts in Tshwane by giving them something that could potentially save their lives.

He acknowledged that getting the needles eased at least one burden off his shoulders as he went to extremes each time he needed a fix‚ selling even his most prized possessions for some quick cash. Under the bridge where he injected himself with heroin‚ an elderly couple arrived‚ also carrying their old needles‚ wanting to exchange them for new ones. Shortly after getting the needles‚ the elderly-looking woman sat down on a cardboard box next to another addict who was seated on a mattress.

She shifted her jersey‚ exposing her neck as the young man seated next to her helped her find a vein to inject the drug. One woman said the group from the Harmless Project was different to other people she had encountered.

"I cannot get a job because they think I am going to steal from them. I am a labelled a sl*t and all that leads to relapses. The worst struggle is knowing I am a disappointment to everyone‚" she said.

"Harmless helped me to [detect] diseases. They have tested me and bring us medication. They help even with the police who arrest you‚ sometimes for nothing … We are human and we have rights too‚" she added. "Using drugs doesn't make me a bad person."

Meanwhile‚ as the battle continues against drugs in the City of Tshwane‚ officials announced it would be dedicating R1.5 million to drug harm reduction services.