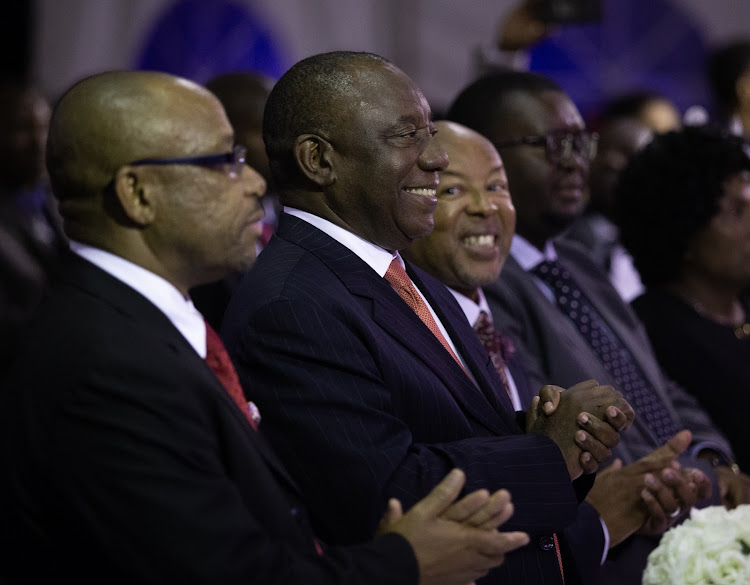 President Cyril Ramaphosa will meet Zulu King Goodwill Zwelithini to assure him that tribal land in KwaZulu-Natal will remain under the custodianship of the Ingonyama Trust and the state would never try and “grab the land”.

Ramaphosa was visiting the Pentecostal Holiness Church in Empangeni on Friday evening as part of the KZN leg of the ANC’s Thuma Mina (send me) campaign‚ launched in Gauteng last month.

His promise came as tensions between the ruling party and Zwelithini continue to mount.

This week Zwelithini drew a line in the sand‚ threatening the ANC with an all out war of if the state made good on moves to scrap the Ingonyama Trust Act and dissolve the trust’s board. The trust administers swathes of tribal land in the province - and under current legislation‚ Zwelithini is sole trustee.

Ramaphosa said he would meet with Zwelithini in an effort to allay his fears.

“I want to assure the King as I leave here to see him [that] we have no intention to grab the land from the trust. That land we will never try and grab because we have full respect for our traditional leaders and our king. They will continue administering this land on behalf of our people and the king.

“I am going to have a wonderful cup of tea with Isilo and we are going to talk about this matter. We are not targeting communal land; it should continue to be administered by our traditional leaders because they hold that land in custody for our people‚” Ramaphosa added.

The president said war-mongering should cease‚ and that land reform would be conducted in a responsible manner.

In the face of threats to the autonomy of the trust‚ and the possibility that traditional land could be ceded to the state‚ Zwelithini has been defiant. He compared current talk of expropriation and dissolving the Ingonyama Trust with colonial and apartheid-era clashes over land.

“What I want you to know about our history is that the issue we are faced with now is very similar to the one our forefathers were faced with. This will be the second clash‚” he said‚ speaking this week in front of thousands of his amabutho (Zulu warriors) in Ulundi.

Zwelithini said that he‚ like his forefathers‚ would be resilient and rebuff any attempt to “take my land”.