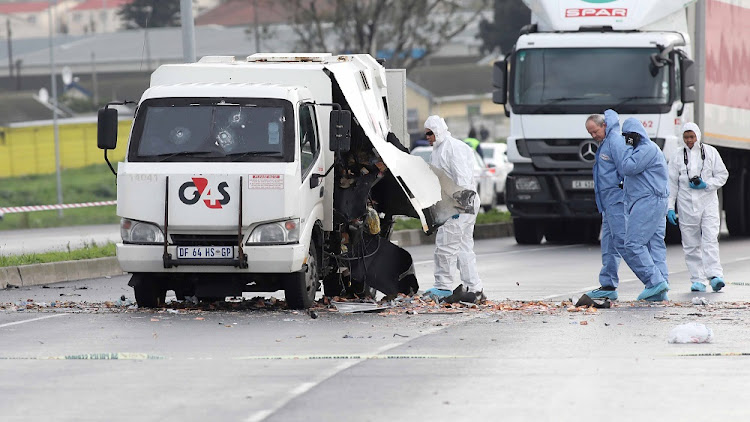 SBV Security has upped the ante by offering a R1-million reward for anyone with information that could lead to the arrest and conviction of robbers who killed two of their cash-in-transit guards on Friday.

“SBV takes exception to loss of life and is offering a R1-million reward for information that leads to the successful arrest and conviction of the perpetrators involved in this cash-in-transit heist‚” said the company.

URGENT: R1m reward for any information that leads to the arrest of the murderers that took the lives of 2 SBV #SecurityHeroes today. Our deepest sympathies to families & colleagues. Rest assured these criminals will be brought to justice. #MakeMoneySafe #CITRobbery Please RT. pic.twitter.com/dF3HtAXZqe

The heist happened at a shopping centre in Mthatha in the Eastern Cape.

“An unknown number of perpetrators confronted a three-man team while delivering cash to a retail site. An undisclosed amount of cash was taken‚” said the company. The driver was not hurt.

The company is working with the police in their investigation. “Details of the robbery cannot be disclosed as an investigation is underway‚” said SBV.

Earlier this week‚ the company offered two R100‚000 rewards for anyone with information that leads to the arrest of cash-in-transit robbers who struck in two separate heists on Monday.

The company confirmed an undisclosed amount of cash was stolen during a heist in Ramotse in Hammanskraal‚ north of Pretoria‚ at around 7am.

National police spokesperson Brigadier Vish Naidoo said the armoured truck was at a liquor store when the robbers struck. “A group of armed men held the security guard at gunpoint and robbed him of an undisclosed amount of money he was collecting at the liquor store. No injuries and damages have been reported.”

In a video of the heist‚ posted on social media‚ an armoured cash van and another vehicle drive into the premises before a bakkie approaches the gate and two armed robbers get out. One is wearing a balaclava and has an assault rifle.

SBV said no one was injured in the second heist - in Dalton‚ KwaZulu-Natal‚ where an undisclosed amount of money was stolen.