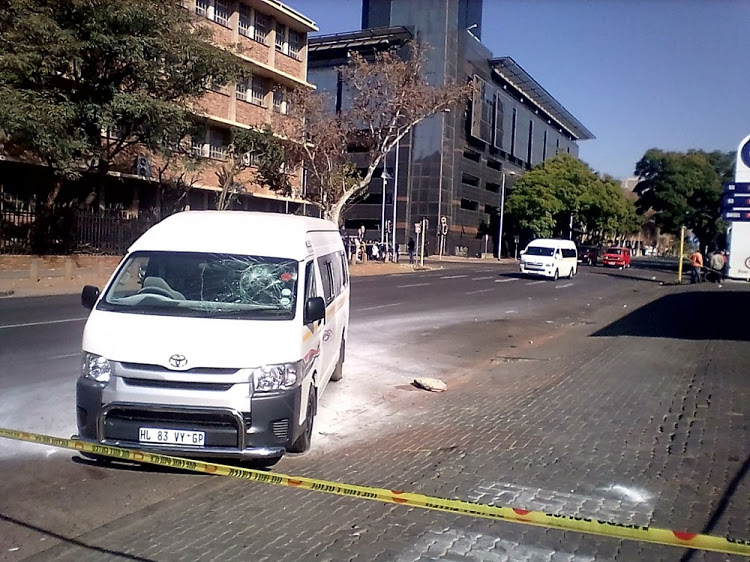 Violence erupted in the Pretoria CBD on Thursday morning. By the time it was over‚ five taxi drivers had been shot and wounded.

Colonel Noxolo Kweza said the drivers were fighting over routes. "A feud over taxi routes between Menlyn and Mamelodi associations resulted in the shooting at about 6.30am‚" said Kweza.

"The five injured were taken to hospital‚" she said‚ adding that two taxis had been burnt‚ apparently in retaliation.

Police were immediately deployed to the scene but no arrests have been made.

Senkubuge said the city condemns any violence in the capital. “No amount of violence can resolve disputes. Operators should desist from acts of violence each time they have differences‚ unnecessarily endangering the lives of commuters and other people.

“I’m working closely with the industry to resolve the situation. This cannot continue unabated‚” said Senkubuge.

"I wish a speedy recovery to those who sustained injuries."