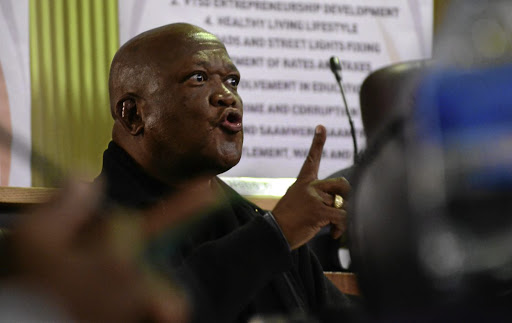 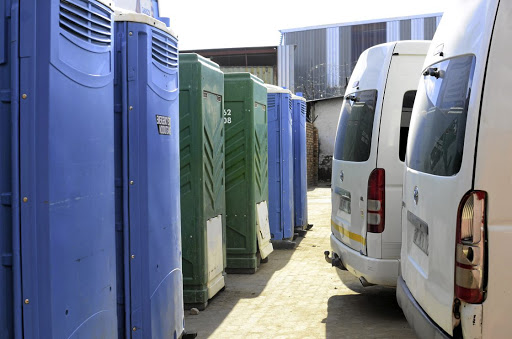 The Mahikeng municipal manager at the centre of a R96000-a-month toilet scandal says he paid the service provider the exorbitant amount because he is streetwise.

Thabo Mokwena, the municipal manager at the Mahikeng local council, has been accused of corruption after he allegedly paid a total of R672000 in seven months for a mobile toilet at a taxi rank which officials said was nonexistent and without a service-level agreement.

Yesterday, Mokwena claimed the money he paid was nothing compared to the R5000 a day the council was paying to another service provider. He insisted that his actions had actually saved the municipality money.

Mokwena was addressing the media yesterday, saying he wanted to clear his name from the corruption allegations levelled against him.

Councillors have asked for his removal ever since serious allegations were made against him, including the mobile toilet scandal.

Mokwena said the toilets were actually six and were placed at one of the two taxi ranks in town.

A rent of R90000 a month can pay for a luxurious five-bedroom home in Sandton, Johannesburg, and that comes with furniture, underground heating and a ...
News
1 year ago

He said when he arrived as the accounting officer in 2014, the municipality was paying R5000 a day for one toilet.

"Because we are a caring municipality, we provided six toilets for 30 days and paid R96000, for the lot"

When asked if the municipality could not find a cheaper quotation, Mokwena said pricing in Mahikeng was abnormal compared to other cities. He said the service provider might have overcharged because he had to clear the toilets frequently.

Mokwena also insisted the R83-million the municipality invested with troubled VBS Mutual Bank was done procedurally despite Treasury declaring such transactions by municipalities were unlawful.

He said he used the municipality's R23-million with the R60-million it received as an overpayment from Treasury to make the investment with VBS.

The municipality's head of legal Benjamin Pelele said municipalities have been urged not to conduct any internal investigations on the VBS matter as those were handled by the provincial and national Treasury.

"Once received we will be able to come back to the council and discuss . any other remedial actions that need to be taken. For now it's still premature to discuss the item because this is not the only municipality involved, where over R1-billion has been invested."