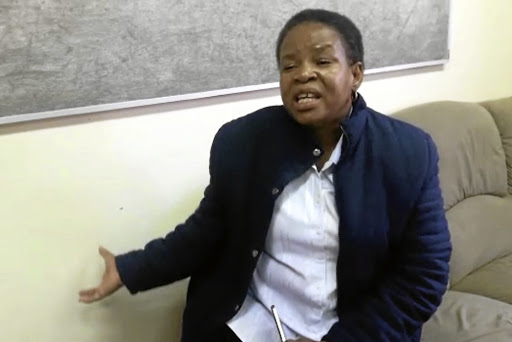 Nurses at the Dilokong Hospital in Limpopo have been confiscating bottles of strange-looking mixtures from mothers who are there to give birth.

Speaking to Sowetan, Sabetha Mazwi, a nurse in charge of the maternity unit, said the latest incident occurred more than a week ago when a bottle containing a red concoction was discovered in a new mom's bag.

Mazwi said the woman was rushed to theatre for an emergency C-section as she was experiencing rapid contractions.

"Her contractions were continuous and when we checked cervical dilatation was not there, the cervix was closed," she said.

Mazwi said after the surgery she picked up the woman's bag to put it on her bedside when she realised that it was unusually heavy.

"I asked her why the bag was heavy and she said it contained some towels. I insisted on searching the bag and found a bottle containing some mixture."

Mazwi said upon further inquiry other women in the ward informed her that the woman had drunk another bottle earlier in the day.

Healer backs her remedies for pregnant women
News
3 years ago

A picture taken by staff, which Sowetan has seen, shows the woman lying on the hospital bed with the bottle next to her.

Mazwi said this was a usual sight in the ward where women insist on drinking herbal concoctions to hasten labour.

"On our side it ends up becoming a problem because they end up having a ruptured uterus and stillbirths. At times the women die because they bleed heavily, and it is concealed bleeding. You only get to realise it in theatre. At times we lose them while they are on the theatre table because of those mixtures."

Mazwi said the women hide the concoctions and refuse to divulge what they drank until it was too late.

"Some confess when they see that the situation is bad and realise that they are dying."

Mazwi said some of the substances were kept inside a box after being confiscated during searches, however, staff discarded them to avoid risking cross infections.

Sowetan attempted to speak to some of the pregnant mothers who were there for their routine checkups but none were prepared to shed some light on the concoctions.