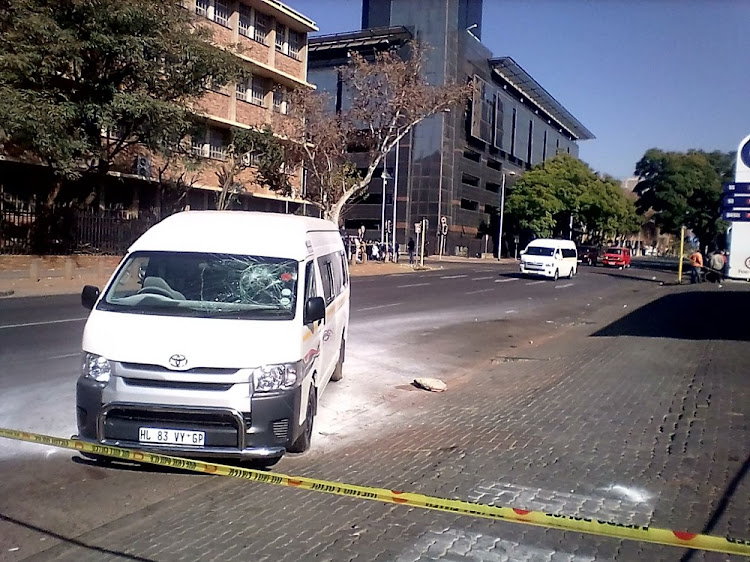 Five taxi drivers belonging to the Menlyn Taxi Association have been hospitalised following a shooting related to a long-standing dispute over routes in the Pretoria CBD.

A representative of Menlyn Taxi Association said the Mamelodi Taxi Association drivers used their minibuses to block their way on Sisulu street and drivers retaliated by physically removing the vehicles, which led to the man opening fire.

One killed‚ 12 injured as taxi crashes into tree

One person was killed and 12 other people injured when the taxi they were travelling in crashed into a tree.
News
3 years ago

He said the dispute had been on-going for some time but they reached a truce three years ago.

He said their Mamelodi counterparts wanted to wrestle their routes.

"We are relieved no commuter was injured," he added.

Commuters were left stranded but were thankful they did not get caught up in the violence.

Koketso Motlane, 21, a skin care consultant, said they now feared for their safety.

"This is bad and we are scared. I was unable to go to work but I am glad I am not hurt," she said.

Streets affected are Marina and Sisulu near the SA Reserve Bank with a large crowd of onlookers still gathering.

It has been 10 hours since Zinhle Khumalo* has been reunited with her young daughter at a Johannesburg police station.
News
3 years ago
Next Article