Concoctions lead to hundreds of babies dying in hospital 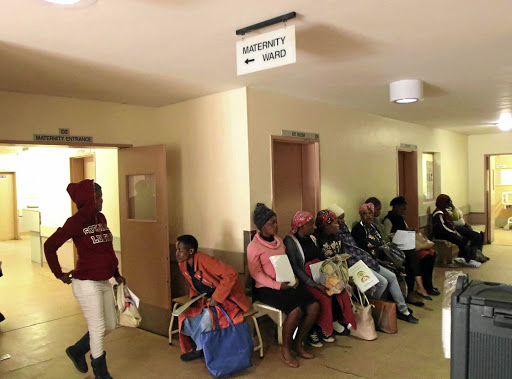 Pregnant women wait to be assisted at the Dilokong Hospital at Driekop,Limpopo.
Image: Antonio Muchave

About 380 babies and 16 mothers have died at a Limpopo hospital in less than three years, apparently as a result of traditional remedies meant to induce and hasten childbirth.

According to management at the Dilokong Hospital in Driekop outside Burgersfort, pregnant women are drinking a variety of concoctions which they either buy from traditional healers or make at home, resulting in ruptured wombs and deaths.

The hospital's CEO, Mathiba Mashishi, said mothers were getting uterine ruptures while their babies were dying at an alarming rate.

"We have a serious problem. This needs serious intervention," Mashishi said.

Healer backs her remedies for pregnant women
News
3 years ago

Mashishi said the remedies which come in liquid and powder forms were called "makgorometja" (the pusher in
English, owing to their vaunted ability to help push the baby out during labour).

Mashishi said the concoction which people mix with water; juice and other beverages caused women to have abnormal contractions resulting in uterine rupture, a condition whereby a woman's uterus tears open due to abnormally rapid contractions.

Other complications include internal bleeding, liver poisoning and the possibility of a baby suffocating to death.

Mashishi said in some cases bottles containing strange-looking contents were confiscated from pregnant women while some relatives tried to sneak the drink into the ward.

She said most of the women had to undergo emergency Caesarean section in an attempt to save their lives but a lot of babies die.

Mashishi said most women were secretive about the remedies and refused to divulge what they had ingested.

"We don't allow visitors to come with a drink for pregnant women anymore since we realised that we are having this problem," Mashishi said.

But she said some people found a way of sneaking in a powdery substance which the mother can mix with water while others consumed the mixture at home before coming to hospital.

Professor Shisana Baloyi, a gynaecologist based at the University of the Free State, said he had noticed the disturbing trend while working in Limpopo over two years ago.

"I found some women in Sekhukhune [where Dilokong Hospital is located] and Lephalale who were using that thing to speed up their labour.

"During investigations and maternal death review we found that they were using a concoction," Baloyi said.

Baloyi also wrote an article in 2016 on the topic which was published in a government newsletter meant for maternal health practitioners.

In the article, Baloyi writes that cases of women getting uterine ruptures related to herbal concoctions was increasing in the province. 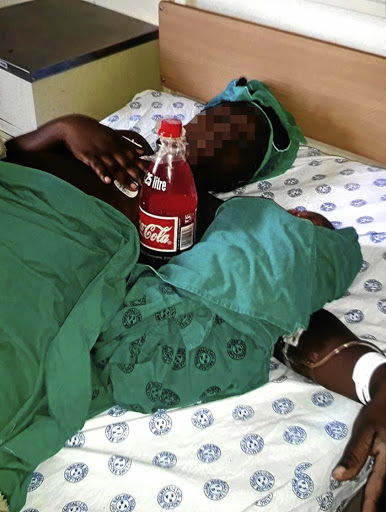 An expectant mother with a red concoction she was caught with in Dilokong's labour ward. / SUPPLIED

Baloyi said more funding was needed to conduct a proper study on the matter and to investigate exactly what was in the mixtures.

"As a department we are very much concerned about the mortality and morbidity as a result of this concoction called makgorometja," Ramathuba said.

She said in some instances women would sign for refusal of treatment and leave the hospital.

"When they come back they have these funny contractions," she said.

Ramathuba said this was a burden which impacted heavily on the government's fight against maternal and child mortality.