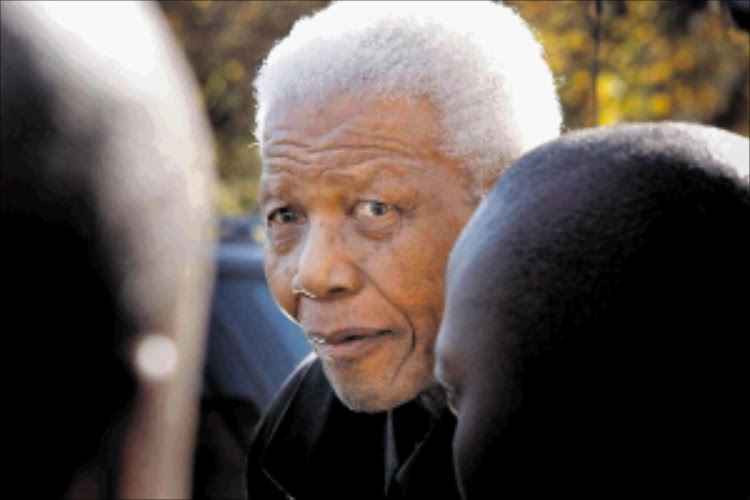 The SleepOut Movement, which organises the annual CEO SleepOut charity event, has seemingly backtracked on plans to allow a wealthy funder to spend a night in former president Nelson Mandela’s prison cell on Robben Island – an experience that would have cost a minimum of $250‚000‚ or about R3.4-million.

Details of the “Robben Island - Room Bid” were originally published on the organisation’s website‚ which said it was a “once in a life [sic] opportunity to sleep in Mandela’s personal Cell Number 7”.

By Wednesday night that page had been removed from the website.

However‚ by 9.15pm on Wednesday, the cover image on the SleepOut Movement's Facebook page still advertised the “Nelson Mandela Legacy SleepOut - Robben Island Edition” to take place on July 18.

Meanwhile, the Robben Island Museum itself has lashed out at the idea.

Spokesperson Morongoa Ramaboa said museum staff had been shocked to find out about the auction on the internet as everyone else did.

“It was a shock. We would like to commend South Africans for calling them out‚” she said.

“It’s completely impossible. You can’t auction any cell for that matter. We are a World Heritage Site and accountable to Unesco [the United Nations Educational‚ Scientific and Cultural Organisation] and it is the heritage of South Africans. Why would we do that to ourselves?”

She added: “Our heritage is not some piece of carrot that can be dangled to people who have their own financial interests in mind.”

How much would you pay to spend a night in the Robben Island cell that the late former president Nelson Mandela spent 18 years locked in?
News
3 years ago

Ramaboa said the SleepOut Movement had approached the museum earlier this year to find out if it could host an event to celebrate Madiba’s centenary on the island. The museum offers private tours and facilities for private events.

In a series of emails the museum had asked for more details about the event. “Nowhere did we discuss the auctioning of the cell. That was never part of our discussions.”

Earlier on Wednesday‚ in an interview with Jacaranda FM, CEO SleepOut spokesperson Liane McGowan had defended the plan to auction off a night in Mandela’s cell and at the Robben Island Prison itself.

She said the event had been “postponed” to align the timing with another event later in the year.

She also said the concept – which came from an unspecified “outside perspective” – would raise money to help fund prisoners who want to further their education.

The money would go to the Prison-to-College Pipeline organisation‚ which is active in prisons across the world‚ said McGowan.

According to the SleepOut Movement's website on Wednesday afternoon‚ apart from auctioning off Mandela’s cell, it also hoped to get 66 other people to spend a night on Robben Island at the hefty price of $100‚000 per person‚ which is almost R1.4-million.

The page containing these details was‚ however‚ changed by Wednesday evening and no longer reflected the island sleepout details. Instead‚ only the details of an event at Liliesleaf, the liberation-movement heritage site in Johannesburg, were available.