ANC bashes Carl Niehaus for his apology to Zulu king 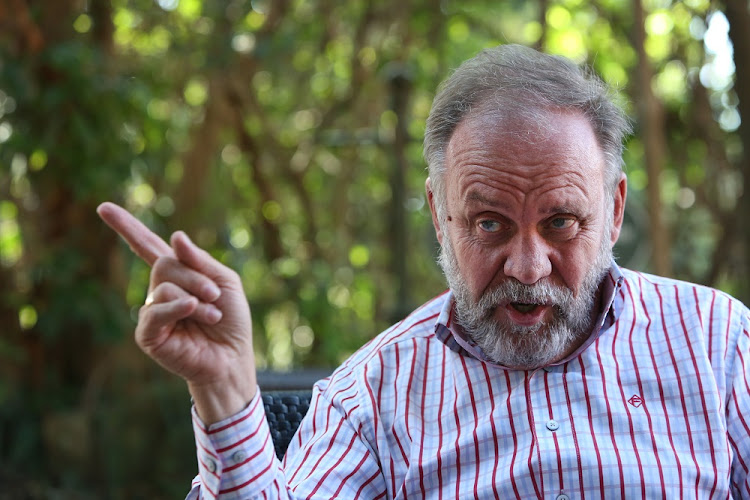 The ANC on Thursday distanced itself from an apology made by the party’s former spokesman Carl Niehaus during a land imbizo called by Zulu king Goodwill Zwelithini in KwaZulu-Natal.

At the gathering on Wednesday‚ Niehaus apologised to the monarch on behalf of the ANC‚ and lashed out at those he said sought to interfere in the management of the Ingonyama Trust. “Carl Niehaus has got no such mandate. He is an MKMVA [Mkhonto weSizwe] spokesperson. The ANC will speak for itself. The ANC did not mandate him to go and speak on its behalf and go and apologise.

“This thing of people speaking as if they are mandated by the organisation must come to an end‚” ANC elections head Fikile Mbalu said.

Mbalula was fielding questions ahead of President Cyril Ramaphosa’s two-day visit to KwaZulu-Natal for the rollout of the Thuma Mina campaign. The visit comes amid tensions relating to expropriation of land without compensation‚ particularly as it relates to Ingonyama Trust.

Under current legislation‚ Zwelithini is the sole trustee of the Ingonyama Trust.

Mbalula said the party had not taken a position on the matter and was neither for or against the dissolution of the Ingonyama Trust. The imbizo was set to tackle proposals that have been made to either dissolve the Ingonyama Trust or significantly amend its powers.

Malema on defended Zulu King Goodwill Zwelithini's right to fight for his land.
News
3 years ago

The matter has been thrust centre stage as South Africa is grappling with possibly amending Section 25 of the Constitution to facilitate land expropriation without compensation.

Mbalula‚ however‚ admitted that there was an urgent need for the top leaders of the ANC to meet with the king to dispel the notion that the party was anti-Zulu.

“The ANC has got no view to take any land in the hands of the Zulu nation the ANC has never formulated a view. We will engage with the king to articulate this and make the position of the ANC very clear. The ANC president will lead that process‚” he said.

The party further distanced itself from comments made by its former deputy president Kgalema Motlanthe that traditional leaders are “village tin-pot dictators”.

“The views he expressed are not views of the ANC. Comrade Motlanthe expressed a view in the summit‚ where he was asked to present his own perspective on land reform‚ in particular the position they formulated on the Ingonyama Trust. There is no view of the ANC that says we support the high level panel‚” Mbalula said.

He added that the land summit was not a policy conference of the ANC‚ but a means through which the party sought to bring various stakeholders to deposit views on what should ultimately guide the party when it took its own position.

“The land summit was addressing the modalities of the implementation of the ANC resolution on land expropriation without compensation and land reform broadly‚” Mbalula said.