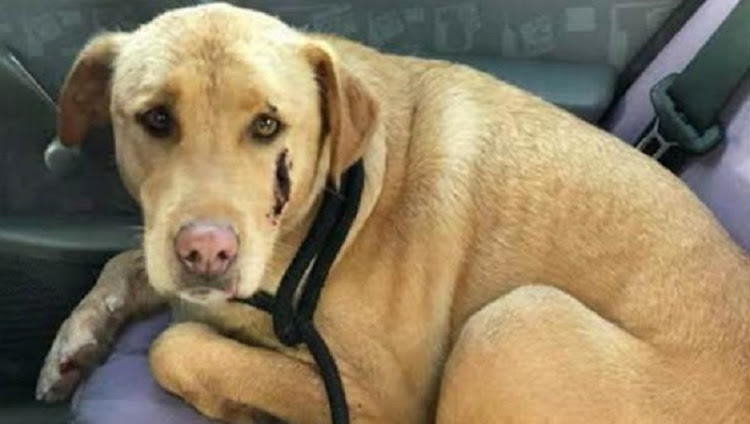 After hijacking victim Louise Schachat was flung from her car into a ditch‚ she could only watch as her attacker drove away with her dogs‚ Khaya and Sasha.

“All I could think was ‘my dogs are gone’ as I lay in the gutter. I couldn’t move‚” she said.

“I stopped in the driveway of my house and before I knew it‚ my car door was flung open and I was dragged out of my car by this man‚” she said. “I ran and grabbed his throat but as he sped off I was thrown into a gutter.”

The traumatic experience has left Schachat with injuries to her hip and pelvis‚ as well as a punctured lung. She has been in intensive care for six days and said she may be there for some time.

“I think it’s going to be a long road to recovery‚” she said.

The 19-year-old suspect was apprehended in Gugulethu when his getaway was thwarted by one of Schachat’s dogs‚ Labrador cross Sasha‚ which bit the kidnapper and forced him off the road.

Police arrested the suspect‚ but while Khaya was found at the scene‚ Sasha fled.

Louise Schatschat is still in ICU four days after being brutally attacked by a man.
News
4 years ago

“Lying here [in ICU] I kept thinking‚ ‘what is going to happen to my dogs?” said a tearful Schachat.

Social media and the Rondebosch community rallied to support their neighbour‚ initiating a search for Sasha that offered a R10‚000 reward for her safe return. To Schachat’s relief‚ Sasha was found on Sunday near Cape Town International Airport and taken to a vet for surgery on a head wound.

“My poor dog‚ she had a terrible cut on her head from where he [the suspect] must have hit her‚ and her nails were all cut up‚” said Schachat.

She thanked her community for their support. “What can I say? We have some amazing people in Cape Town — everyone came together and helped. The police were brilliant and I’m receiving excellent care at the hospital. I’m very grateful.”

Police spokeswoman Noloyiso Rwexana said the suspect was in custody and would appear in Wynberg Magistrate’s Court on Monday.

Schachat said she hadn’t had a chance to properly process her emotions following the incident‚ but feels like a “strong survivor”.

“I haven’t even cried yet but now‚ looking back at what happened‚ I’m incredibly emotional‚” she said. “I can’t wait to finally get back on my feet‚ and especially see my dogs again.”