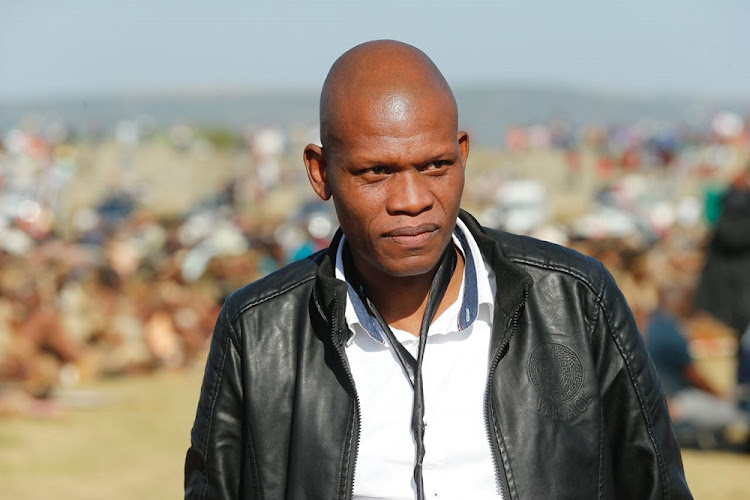 Controversial funeral parlour boss Nkosentsha Shezi‚ who has been rallying support for Zulu monarch Goodwill Zwelithini from business quarters and civil society - under the banner of “radical economic transformation champions” - said that the entire province of KwaZulu-Natal should be ceded to the royal household.

He was speaking at a royal imbizo in Ulundi in northern KZN‚ during which Zwelithini summonsed his subjects to discuss challenges to the Ingonyama Trust and the authority of traditional leaders.

Shezi said: “We aren't just here to support the notion that 29.6% of the land should remain under the Ingonyama Trust. No. We are here to say that all the land‚ from Port Shepstone to the Drakensberg should be returned to the king‚” he said.

He also said that the province should be renamed to “KwaZulu”‚ befitting of the Zulu kingdom.

“It would bring us great joy if we renamed our land so that it could be known that this is the kingdom of the Zulu. If we do the right thing and change the name‚ it will ensure that the settlers‚ the ones who now think that this is their land‚ are reminded that they are visitors here‚” he added.

He said that his organisation‚ who has also thrown its weight behind embattled former president Jacob Zuma‚ would do whatever the king asked to ensure “the land is returned”.

ANC stalwart and Mkhonto weSizwe mouthpiece Carl Neihaus‚ who also addressed the 4‚000-strong crowd‚ apologised to the Zulu nation for the conduct of former president Kgalema Motlanthe for his posture on the repeal of the Ingonyama Trust Act.

Neihaus apologised to Zwelithini‚ saying that Motlanthe had no place in wresting control traditional land from it’s “rightful owners”.

“Let us rather talk about what must happen with the land that must be transferred without compensation of those whites who benefited from colonialism and who stole the land‚” he said.

Motlanthe‚ as chair of a high-level on panel on key legislation‚ contributed to a report that recommended that the Ingonyama Trust Act be repealed or amended‚ and that the trust be dissolved. The panel found that the trust's current practices were inconsistent with the government's land policy‚ and did not secure land tenure for residents.

Motlanthe now finds himself in the sights Zwelithini who is at the fore of a move to “defend” the Trust and his tribal authority.

Mangosuthu Buthelezi warned that scrapping the Ingonyama Trust would be the first stage of disempowering the authority of traditional leaders.
News
3 years ago
Next Article