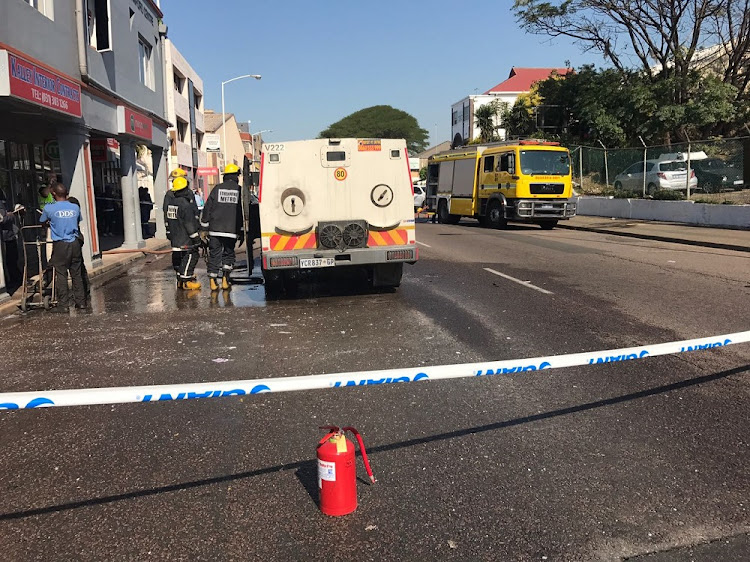 A cash-in-transit van burst into flames on a Durban street on Wednesday.

A car guard stationed outside a popular fashion store in Greyville‚ said he observed the van stop and burst into flames.

"There was no gunfire or anything ‚ it just burst into flames‚ " the car guard said.

The security guards were not injured in the fire.

Within minutes‚ traffic was cordoned off and firemen doused the flames.

A policeman at the scene said foul play wasn't suspected.

He said an electrical fault is believed to have caused the flames and that safety measures automatically lock down the vehicle and the contents .

The smouldering van was towed away.