Motorists, commuters hit by yet another fuel price hike 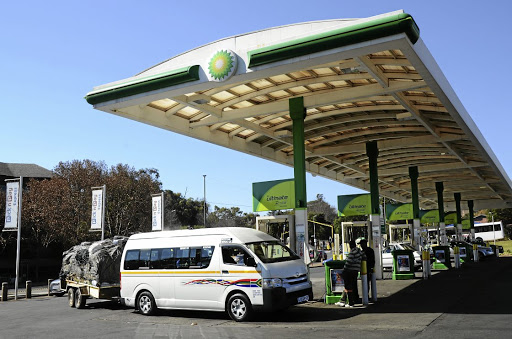 Commuters and motorists will have to dig deep in their pockets as fuel prices soar to more than R16/l a litre from Wednesday and public transport fares are hiked as a result.

The Department of Energy announced yesterday that 93 and 95 grades of petrol would increase by 26c/l and 23c/l respectively, pushing the price to above R16/l.

Energy minister Jeff Radebe said the fuel hikes were largely due to the weaker rand, which was currently at R13.73 to the dollar.

Radebe said the increases could have been more, had it not been for falling brent crude oil prices, which had helped cushion South African consumers by about 20c/l.

This latest hike follows an increase last month of between 82c/l and 87c/l.

The National Taxi Alliance (NTA) confirmed that taxi associations under its banner had begun adjusting their fares due to the rising costs of filling up their tanks.

NTA spokesman Alpheus Mlalazi told Sowetan that taxi associations were left with no other choice.

"The way the situation is right now, there's no taxi association that can afford to absorb these fuel increases, so they're forced to increase fares, but in terms of the magnitude, that varies from one association to the other," Mlalazi said.

South African National Taxi Council's president, Phillip Taaibosch, said he had already been "overwhelmingly" approached by taxi people across the country expressing their concerns over the pressures brought on by the fuel increases.

"We are now forced to seriously consider increasing the taxi fares. We just can't run away from the fact that increases are eminent," Taaibosch said.

He said there had been five fuel increases that taxi operators had absorbed without raising taxi fares as they understood that the taxi industry had a responsibility towards assisting the poor and the working class with affordable public transport.

Taaibosch said Santaco would be making an announcement on taxi fares later this week after its executive committee met and discussed representations from its provinces about the fuel increases.

Taxi commuter Justice Mohloana, from Jabulani in Soweto, who spends R37 daily on taxi fares to and from work, said it was understandable if taxi fares were to increase.

"In as much as we would like prices to remain the same, I think it's fair that taxi fares have to rise due to the petrol price increases. It might be an extra R2 per trip but when you multiply that by 30 trips it's a whole lot of money," Mohloana said.

"The taxi fare between Bulawayo [in Zimbabwe] and Johannesburg has been R400 for a while now, while petrol prices have been rising regularly," Ncube said.

He said fare increases always sparked a very negative reaction from commuters who already felt that the current fares were high.

"If we raise our fares, then these people start making other alternative travel plans, some even start hitch-hiking on the highways," Ncube said.

Kelvin Khumalo, a Johannesburg taxi driver said: "These petrol hikes are a nuisance now, they happen way too frequently."

Khumalo who's been driving on the busy Randburg/Johannesburg route for seven years, said when fares increased from R11 to R13 in May, many taxi commuters moved over to buses.

"We are serving fewer and fewer people lately," he said.

However, there is little comfort for Johannesburg commuters as Johannesburg Metrobus and Rea Vaya bus services will be increasing fares from this morning.

Metrorail, which also usually increases fares in July, is yet to announce its new prices.

Metrorail's Lillian Mofokeng said a decision on the fare increases was yet to be made as the matter was still being considered.