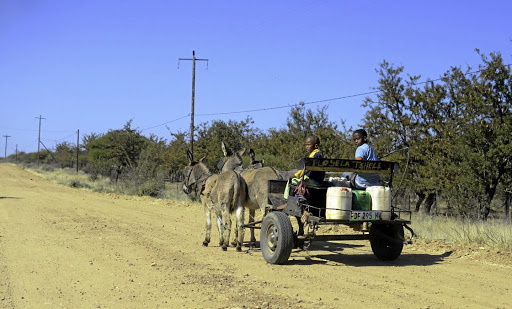 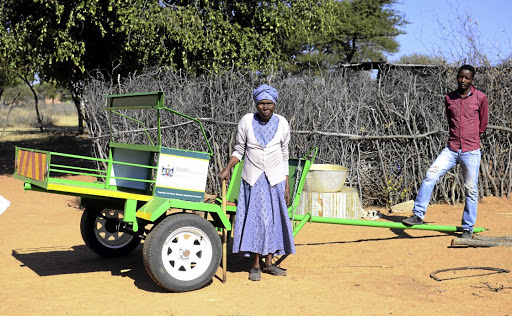 North West villagers were elated when the provincial government gifted them with donkey carts.

He said the project was part of an initiative aimed at helping rural communities facing challenges of transportation and economic opportunities.

Residents use donkey carts for transport. Some villagers saw the donation of the carts as a business opportunity as they draw water with them and sell it to struggling villagers who cannot reach the water standpipes.

One of the beneficiaries, Mogaodi Thutlwa, said the cart was the first thing the government had ever done for him.

"I have never received anything from the government before besides my government pension money. To me this is an amazing gift," he said.

He uses the cart to carry
water and also to help people who need to buy groceries.

He said he lost five donkeys last year during the export of donkey skins to China.

"My heart was sore. I thought to myself, why is our government taking the only mode of transport we know and giving it to the Chinese?

"But now I am happy that they came back to their senses and saw that we need those donkeys to survive," he said.

Last year donkeys were stolen and killed in the North West after former premier Supra Mahumapelo announced that their skins could be sold for millions of rands in China.

After announcing the project in January last year, he promised that in June there would be a memorandum of understanding to be signed by China and its North West counterparts to start a donkey breeding export business.

He said they had secured a place in Tshidilamolomo for donkey plant breeding and were busy training interested donkey owners.

"We will soon start with the donkey skin export business. Now we are busy training a number of donkey breeders around the province," he said.

Leteane said the Chinese were not looking much for donkey meat but for the ingredient that was found on its skin.

He said the skin extract will be used for all sorts of medicines, mainly for female creams to stall ageing.

Another beneficiary of the donation of carts, Kedumetse Motsamai, 76, also thanked Motlhabane for the cart.

"I will receive my pension money with it. I used to book a bakkie with R200 just to get to the pay point hall," she said.