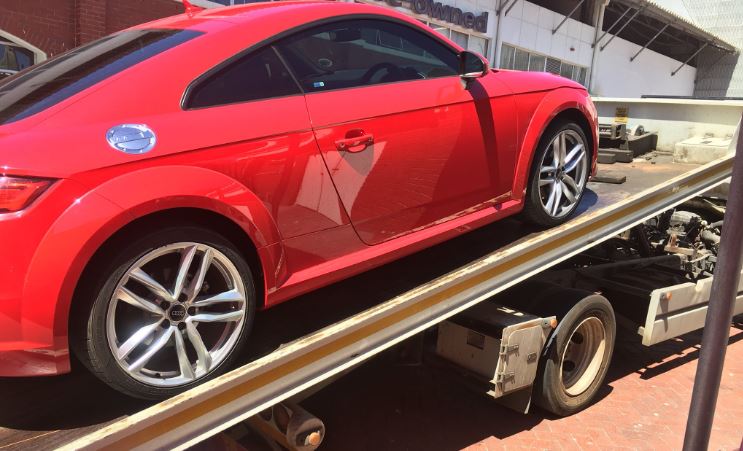 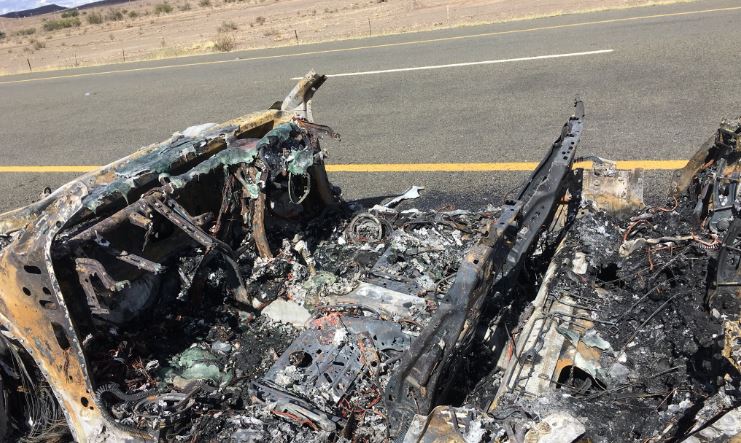 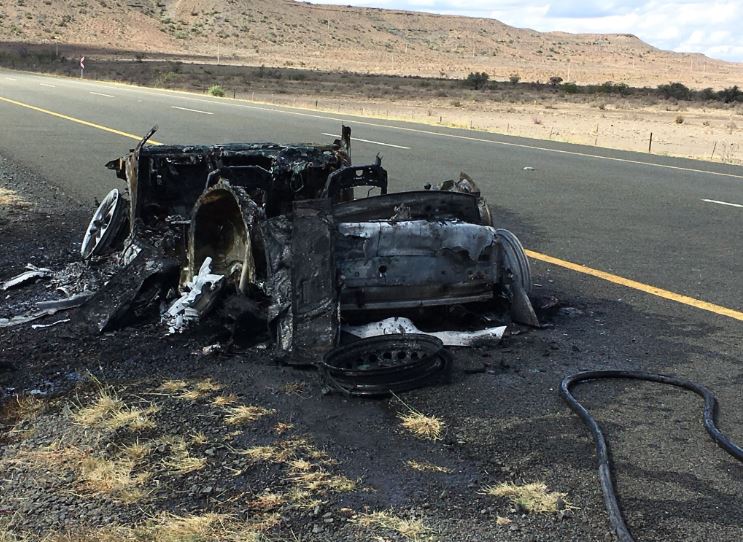 Why did Themba Mabasa’s three-year-old Audi TT catch fire and burn out on the side of a Gauteng freeway?

That’s the burning question at the heart of the now very public spat between Audi South Africa and the Capetonian.

Mabasa claims Audi South Africa has failed to reveal why his TT caught fire‚ or take responsibility for it‚ and he’s taken to Twitter to reveal that other Audis have also gone up in smoke.

The manufacturer‚ on the other hand‚ claims that Mabasa’s demands for a lump sum payment as compensation for the destruction of car he bought new in April 2015 have no legal or ethical basis.

“He seeks to use the adverse publicity arising from his social media posts in the hope of compelling Audi SA to effect payment of the amount which he demands in order to purchase his silence.

“Audi SA will neither subscribe or accede to extortionate behaviour of this nature.”

Mabasa was driving from Cape Town to Limpopo on Easter Friday when things went horribly wrong. First his sports car’s seats stopped adjusting‚ he says‚ then he detected a strong “plastic burning smell”‚ so he pulled over to the side of a Gauteng freeway to open the bonnet‚ but saw nothing unusual.

Kuga out on test drive catches fire near Sandton

A Ford Kuga burst into flames near the London Road offramp on the N3 near Alexandra in Sandton on Monday.
News
4 years ago

But when he tried to get back into the car‚ all the doors had locked and his key remote wouldn’t work. Then the car’s cabin began filling with smoke and flames followed.

A laptop containing photos of his son’s birth and irreplaceable data‚ as well as clothes and a camera were among the possessions lost in the blaze. Mabasa says he remains traumatised by the incident.

“When this was reported to us‚ we took immediate action and a full investigation was conducted internally. We also referred this incident to our headquarters in Germany to establish if similar incidents have occurred anywhere else in the world.”

The answer was no‚ the manufacturer said.

Mabaso also tweeted that Audi Germany had recently issued a recall for 1.2 million cars for a coolant fire hazard “but in South Africa when our cars burn we are told it’s unknown circumstances…”

Audi SA said that recall did not affect TT models.

Mabaso has been in contact with five other South African owners of Audis which caught fire and has posted photos of some of the burning cars on social media.

But Audi says: "All other fire-related cases in South Africa have their own specific facts and technical circumstances applicable and there is no relation whatsoever to that of Mr Mabasa’s case.”

The manufacturer said it had commissioned an independent investigator‚ Dr David Klatzow‚ to participate in its investigation into the cause of the Mabaso’s TT fire - a difficult task as it had totally burnt out.

Although it could not be established that the tracking device which Mabaso had had fitted to the vehicle contributed to the fire‚ Audi SA said‚ “the wiring did not conform to … the standard of the wiring utilised in the Audi TT”.

Mabasa counters that he started “having issues” with the car’s entertainment system within two months of purchasing this vehicle.

“By the time of the fire‚ it had been in for repair or replacement of parts eight times and was still not right‚” he says.

But Audi insists that “none of the technical problems referred to by Mr Mabasa could have been the cause of the fire”.

Motor giant Ford has recalled a number of its models‚ citing a potential fire risk.
News
4 years ago

Audi said it had made Mabasa two offers in February - to repurchase the TT for a sum higher than its market value‚ or replace it with a car of similar specification‚ mileage and age‚ “but neither option was acceptable to Mr Mabasa who advised that the proposal would leave him in an unfavourable financial position".

Mabasa suggested a new Audi A5 as his preferred replacement vehicle‚ but Audi declined‚ saying it was “substantially” more than the current value of his vehicle.

He asked Audi to pay him R528 000 “to recompense me for all the losses I have suffered as a result of this incident‚ as well as pain and suffering”.

“It's incorrect that Audi SA took immediate action after I reported the fire‚” he says.

“The woman who took my call on the Tuesday morning after the fire asked me ‘Why are you telling us all this?’ They only sent me a questionnaire after I threatened to go to the media.

“I also question what constitutes a ‘full investigation’ as they only examined the skeletal ash remains of the vehicle - they did not even ask for my key‚ which holds crucial data about the car.”

Audi SA’s offer to appoint an independent facilitator of Mabaso’s choice‚ at their cost‚ in order to seek “a consensual outcome”‚ prompted Mabaso’s latest Twitter outburst‚ because Audi SA head Trevor Hill said the facilitator’s proposal would be “non binding”.

Audi SA said it was prepared to consider a gesture of goodwill despite not being at fault‚ but “Mr Mabasa advised that he is not prepared to substantiate his losses and persisted in his demand for payment of a lump sum amount for which there is no legal and/or ethical basis for compensation”.

“Mr Mabasa has been paid by his insurers based on the market value of the vehicle. He is not entitled to double compensation for the loss of the vehicle.”

Mabasa insists that Audi SA has treated him with arrogance and a lack of empathy.

“Trevor Hill told me that I have benefited greatly through ‘public sympathy’ by posting my discontentment on social media‚ and said the main reason he called me was that the posts were damaging him personally.

“This is on record and goes against Audi SA’s claims of transparency and integrity and taking issue of vehicle catching fire seriously.”

Wendy Knowler is South Africa's leading consumer champion. You can contact her on e-mail: consumer@knowler.co.za or Twitter: @wendyknowler.