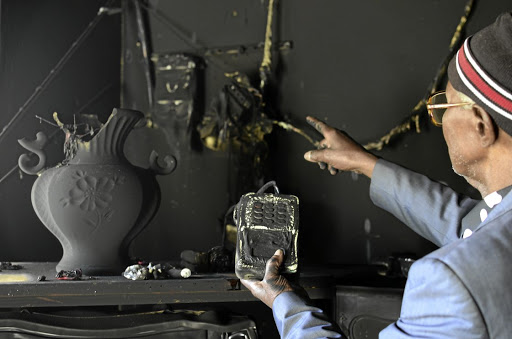 A North West municipality has shot itself in the foot spending R15-million to install faulty electricity smart meters.

Now JB Marks municipality in Ventersdorp has been forced give residents free electricity since June last year as it battles to fix the problem.

Nearly 10 000 homes were fitted with the meters that are yet to work a year later.

The municipality already owes Eskom more than R11-million after failing to collect revenue for electricity.

Spokesman Victor Boqo said they decided on the new advanced meter boxes after realising that almost all residents in Ventersdorp were connecting electricity illegally.

Tshing resident Boitumelo Makoko said her smart meter was installed in April this year but stopped working in May, leaving them in the dark.

When she reported the problem, municipal officials told her the boxes had not been properly installed.

Makoko said they then bridged it and told her they would return and fix it after they got a new box.

"They first treated us like thieves, saying we bridge electricity, now they are forced to steal electricity themselves because they gave us meters that are not working," she said.

Ernest Henning, who owns several apartments in Ventersdorp, said five of his boxes were not working. He said one of the new meters worked for a day and blew up.

"They came and after realising they could not fix it, they bridged so the person I leased the property to could have electricity. They promised to come back but I have not seen them again," he said.

Another resident, Naledi Rampa, said: "We were fine with the old ones, but if they want to steal electricity on our behalf, then we will wait to see what happens.

"We had the first house burnt down because of this, we can't wait for 10 houses to burn before we demand that they take these boxes out and bring the old ones or fix it."

Boqo said the project was supposed to be completed in June 2019.

He said he was not aware municipal officials were connecting electricity illegally for residents.

"We have cases reported of new boxes not working. Our officials are working on that, but we are not aware of those helping to steal electricity,"
he said.