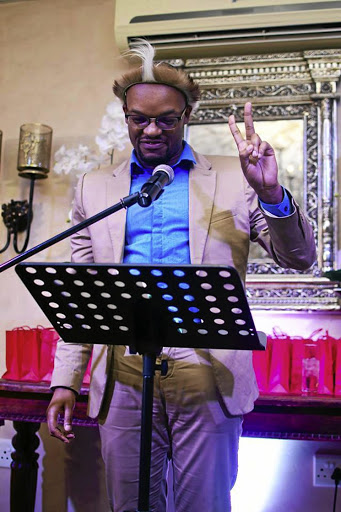 Sithole has been hauled before the South African Institute of Chartered Accountants disciplinary body for allegedly fabricating a letter from the Thuthuka Bursary Fund's project director Ntatho Selebi.

He is accused of having fraudulantly issued the letter to 129 Wits University accounting students, falsely claiming they have been awarded the Thuthuka bursaries.

In an affidavit responding to the charges, Sithole does not deny wrongdoing but questions why he is being singled out when several other people apparently knew of his activities.

Sithole claimed that his predecesor, Michelle Aucock, had also used the letter to seek financial clearance and the registration of students at the NSFAS.

The students who benefitted from the bursary were studying at Wits University between 2014 and 2015.

According to Saica, Sithole's alleged fraudulent activity cost the institute more the R10-million over four years, which TBF - a venture to develop black accountants - claims to be against its code of conduct.

Sithole, who is also the secretary-general of Advancement of Black Accountants of Southern Africa, alleged that all the high-level individuals had given him orders to add students to the bursary scheme without following due process.

"They individually and sometimes collectively conspired to put me under undue pressure to break the rules in order to accommodate their wishes and desires," he said.

"During the course of 2014, 2015 and 2016 these individuals would ... in cahoots with each other, initiate the addition of irregular students on the programme in a manner that took advantage of the power they had to override decisions made."

Nxasana confirmed he had send an email to Sithole enquiring whether or not one of the students had enough points to meet the requirements of Thuthuka.

"However, upon realising that the student would not get funding from TBF, my wife and I, through our family trust, decided to fund the student," Nxasana told Sowetan.

"The student qualified to study towards Bcom politics philosophy and Economics."

"The university categorically rejects the allegations made in recent days by a former employee of the university.

"The university is of the view that the Saica disciplinary process should be allowed to run its course without interference.

"The university reserves its right to comment at a later stage and to take appropriate action against any person or body who makes false allegations or brings the university's name into disrepute." Patel said.

Although a qualified chartered accountant , Sithole shot into prominence as television-based political commentator.

He trained with FirstRand Group and worked at Saica. His primary passion is the mentorship of students and the promotion of principle-based teaching.

Sithole has served on the Saica Eastern region's transformation and education committee, the National Board of Directors for Abasa, where he serves as its secretary-general and the Saica Eastern Region Council.

Commenting on his affidavit to Saica, Sithole said: "All I wanted to do was present my case (with the affidavit) based on the facts as I remember them."