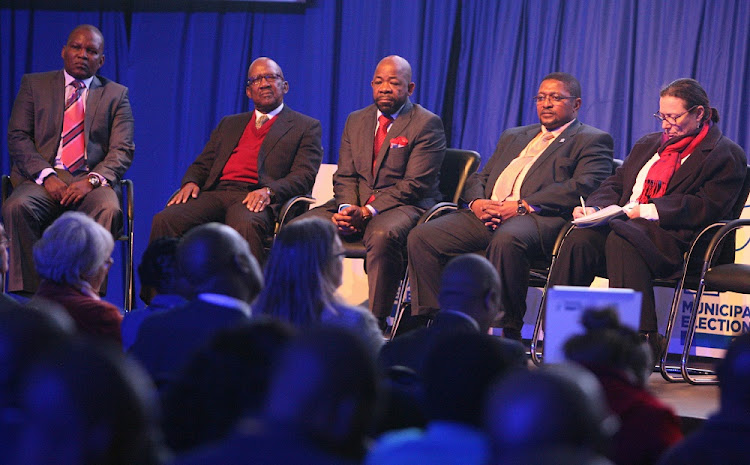 The Electoral Commission of South Africa (IEC) was not in a position to comply with the June 30 deadline imposed by the Constitutional Court that all voters’ addresses must be recorded on the national voters’ roll.

This was revealed during the interviews for three IEC vacancies‚ conducted at the Office of the Chief Justice.

Chief Justice Mogoeng Mogoeng asked Rev Bongani Finca‚ who wants to be appointed as IEC commissioner for another term‚ whether the IEC would comply fully with the order made by the court on June 14‚ 2016.

“I was hoping‚ Chief Justice‚ you would not ask that question‚” Finca said.

Mogoeng said if Finca was not comfortable with the question‚ he should not answer it. However‚ Finca said he was prepared to answer it as well as was possible.

“We have already made an application to your court for an extension. We realised that in the period given to us‚ there will be some addresses that are still outstanding‚” Finca said.

Finca also admitted that there were some problems experienced during the 2016 local government elections - problems that should not have confronted an organisation with 20 years of experience in running elections.

1.3 million people could be struck off voters roll

The Independent Electoral Commission (IEC) could be forced to kick some 1.3 million people off the voters roll.
News
3 years ago

Finca said an organisation managing elections could not rest on the achievements of the past and must always lift its standards.

When Mogoeng asked what measures were needed to avoid instances were ballot boxes were picked on the road‚ Finca said he would address fatigue by officials.

Finca said these lapses came as a result of electoral officials who worked on an election over a two-day period‚ doing special votes and then work for almost 24 hours on the election day itself - and then counting those ballot papers.

“By the time they get to the stage where the process is finished‚ they are so exhausted and this kind of carelessness begins to creep in.”

Finca said that if he had his way in the commission‚ he would seriously explore the possibility of using technology to aid the counting process.

The interview panel‚ headed by Mogoeng‚ is interviewing candidates to fill three commissioner vacancies at the IEC.