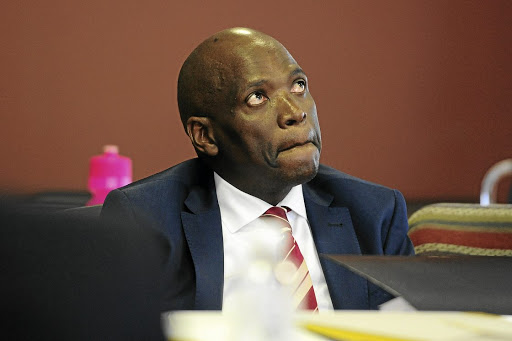 This comes after Solidarity’s legal team received Motsoeneng’s application to the Constitutional Court for leave to appeal a recent court ruling against him.

The Labour Court has ordered him to personally pay for the legal costs associated with a ban on the SABC covering protest action. It was dismissed with costs. This ban resulted in eight journalists - the so-called SABC 8 - being unlawfully fired at the time.

Motsoeneng appealed against the Labour Court ruling earlier this year.

He is playing a cat and mouse game with the courts‚ but he will back himself into a corner yet again‚” Van der Bijl said.

According to Van der Bijl‚ Motsoeneng has been resorting to one court after the other to oppose the ruling of September 8‚ in terms of which Motsoeneng and Simon Tebele were ruled to be personally liable for the legal costs the SABC 8 had incurred.

“Solidarity has repeatedly indicated that it will not rest until Motsoeneng has paid the costs in his personal capacity as the court had ordered. We are looking forward to oppose him in the highest court in the country‚” Van der Bijl said.

Before the Supreme Court of Appeal‚ Motsoeneng wanted to appeal against the decision by the Labour Court‚ which ordered him and Tebele to pay the legal costs incurred during the dismissal of seven SABC journalists last year. Now he is taking the matter to the highest court in the land.