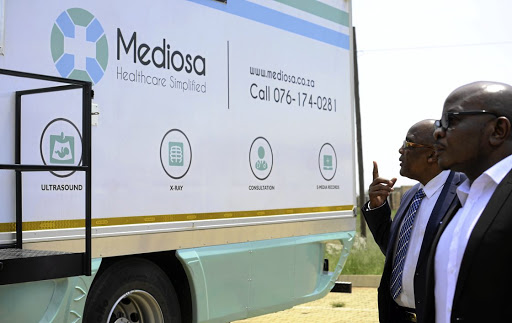 Health Minister Aaron Motsoaledi says he is expecting a "hurricane" when he releases the National Health Insurance Bill and Medical Schemes Amendment Bill on Thursday.

National Health Insurance (NHI) is the government’s policy for introducing universal healthcare‚ which aims to provide healthcare that is free at the point of delivery.

It is enshrined in the social solidarity principle that everyone should contribute according to their ability to do so‚ in effect ensuring that the rich and healthy provide for the poor and the sick.

"It will not be an exaggeration to say that the NHI is the ‘land question’ of health. In the same way the land issue is raging all over the country‚ NHI is going to rage in a similar way‚ not only in the field of health but in the economic and social lives of our people‚" the minister said in a speech to the National Council of Provinces on Tuesday.

"No country can fight poverty‚ unemployment and grow the economy with a very sick population. Hence every citizen‚ to reach their potential in all other aspects of their life‚ needs good-quality‚ equitable healthcare‚ regardless of who they are. To achieve this‚ equitable and fair financing of health is an inevitable occurrence‚" he said.

Aaron Motsoaledi will on Thursday brief the media on the NHI and the Medical Schemes Amendment Bill.
News
3 years ago

NHI will thus require a "massive re-organisation" of SA’s health system‚ in both the public and private sectors‚ he said.

"We are going to be asking you to change most of the laws that you have painstakingly cobbled together since the advent of democracy. You might have … to dismantle some of the relationships between spheres of government and also rattle the corporate world in health‚" he told legislators.

The Department of Health had identified 12 acts that required amendment to accommodate NHI‚ he said.

Motsoaledi went on to say that the current arrangements for hiring and firing personnel‚ financial management‚ procurement and the maintenance of infrastructure and equipment destabilised the health system.

"All the major disasters in health that occurred in our country are about these four and the way they are governed and controlled. Life Esidimeni‚ oncology in KwaZulu Natal‚ Mediosa and Buthelezi ambulances and the issue of shortage of staff stem from these four. Major‚ major changes will have to be implemented in NHI to deal with these four once and for all‚" he said.