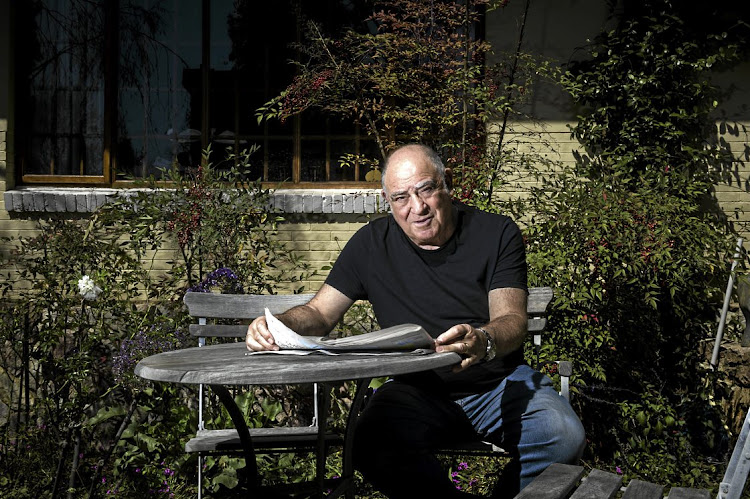 South Africa's intelligence agencies have been shrouded in controversy for decades, but former intelligence minister Ronnie Kasrils says they degenerated into "an absolute mess" under the Zuma administration - and have themselves become a threat to the country's security.

"The intelligence service has essentially been used to serve narrow political interests. And that's why it has gone down like a lead balloon and isn't carrying out the functions that the constitution provides: the functions of dealing with real threats to the country," he said yesterday.

"So the state is weakening and security in the country is weakening and questions of espionage threats intensify. It's just appalling, and I'm encouraged that the president is trying to address it."

Kasrils has welcomed President Cyril Ramaphosa's announcement last week that he had set up a "high-level review panel" to examine the workings of the State Security Agency (SSA) - an organisation long shrouded in both secrecy, and scandal.

But he stressed that it is "imperative" that the SSA must become subject to more stringent levels of financial and operational oversight if there is any hope of it recovering its credibility.

"The SSA gets huge budgets from government, yet the auditor-general is not able to properly monitor how that money is being spent, or evaluate if that spending is legal and above board. As we see from the allegations [contained in Jacques Pauw's book The President's Keepers] there is evidence that this may have led to massive abuse of taxpayers' money," he said.

Kasrils has direct experience of this alleged criminality. He suspects his signature was forged as part of a corrupt scheme to siphon millions to the controversial Principal Agents Network (PAN). Former SSA head Arthur Fraser - who was moved to correctional services after he blocked the inspector-general of intelligence from investigating him - is heavily implicated in this alleged wrongdoing.

"I have written to [newly appointed SSA director-general] Loyiso Jafta and [inspector-general of intelligence] Dr Sethlomamaru Dintwe, seeking answers on the investigation into how my signature may have been used," he said.

Kasrils has also forwarded the 2008 Matthew Commission report into the shortcomings of state intelligence institutions to Ramaphosa. He had initiated the commission's investigations after the so-called "fake e-mail" scandal, in which politicians like Phumzile Mlambo-Ngcuka were falsely portrayed in hoax e-mails as plotting against then ANC leadership contender Jacob Zuma.

The South African Communist Party has been concerted in its efforts to take on what it has described as a “parallel intelligence service” within the ...
News
3 years ago

"They used words like 'we'll nail the Zulu b*****d' and stuff like that, absolute nonsensical stuff. With a couple of fake e-mails coming from people in the NPA like Bulelani Ngcuka, and Gerrie Nel and Tony Leon ostensibly working in parallel also to keep Zuma from becoming a president. It was rubbish," Kasrils said.

He revealed that, as the ANC leadership race intensified, there was also mounting evidence that Ramaphosa himself was the target of illegal surveillance. Kasrils says then Cape Town mayor Helen Zille also complained that her home phone and the DA's offices were allegedly being bugged in 2008.

Zuma's spokesperson Vukile Mathabela said Zuma would not comment on matters relating to intelligence pending the outcome of the review.