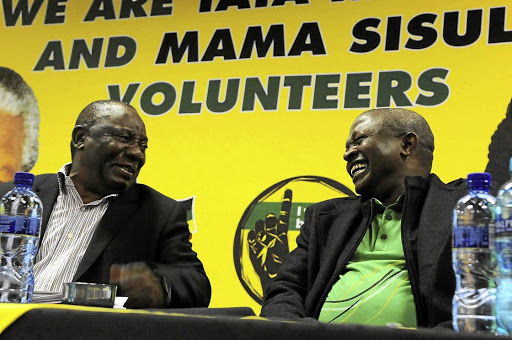 A rebellion within the ANC's provincial and regional structures is threatening to derail President Cyril Ramaphosa's "new dawn" and weaken the ruling party ahead of next year's general election.

Ramaphosa and ANC National Executive Committee (NEC) members were last night still locked in a marathon meeting to resolve internal disputes that have delayed the election of new leaders in a number of regions and effectively put one provincial government on ice.

ANC secretary-general Ace Magashule said yesterday that the party has decided to postpone all regional conferences that were scheduled to be held in Gauteng this weekend following claims of wrongdoing leveled at some party leaders by rank and file members.

Political analyst Ralph Mathekga said the numerous problems at provincial and regional levels were a major challenge for Ramaphosa as he tries to stamp his authority and chart a new path for the ANC beyond former president Jacob Zuma.

The ANC is holding a special meeting where its national executive committee (NEC) is discussing issues relating to its provincial structures.
News
4 years ago

"The task of transforming the ANC into a post-Zuma party is complex and will take time." Mathekga said.

"Ramaphosa is trying but there are hurdles, including leadership realignment in provinces.

"He should not be too hasty. There are quick winnables such as stopping the rot in government and SOEs while building new bridges in provinces.

"He needs to be seen on the ground at ANC branches, he should do the leg work." 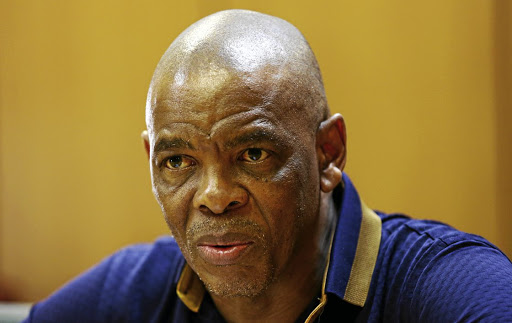 As the NEC met at St George's hotel in Pretoria East yesterday, a group of party supporters from the West Rand staged a protest outside the venue.

The protesters alleged that they had been fraudulently excluded from the process of nominating candidates for the regional leadership.

"There were some people who marched from West Rand," Magashule said.

"We have taken their grievances. We have decided to postpone all regional conferences which were supposed to take place this coming weekend."

The Gauteng regional conferences were seen as crucial by various ANC factions in Gauteng as they were going to determine their strengths ahead of next month's provincial conference, where premier David Makhura is expected to replace Paul Mashatile as ANC provincial chairman.

But it is the Eastern Cape that seems to be giving the ruling party its biggest headache.

A group of disgruntled party members have approached the South Gauteng High Court in a bid to have the party's Eastern Cape provincial executive committee disbanded in line with what they say were recommendations made in a report compiled by former transport minister Sbu Ndebele.

Ndebele is reported to have recommended that the PEC be disbanded because it was elected at a violent conference where delegates threw chairs at, and assaulted, each other.

ANC's new policy nothing more than politics of the stomach

But the NEC rejected Ndebele's proposal and refused to replace the PEC with an interim structure of both factions.

Masualle's supporters, who opposed Ramaphosa's bid to be president in the run-up to the ANC national conference in December last year, believe that if the court nullifies the PEC this would have far-reaching implications for Ramaphosa's legiticimacy as ANC leader.

Magashule confirmed the court case yesterday: "The case is on. We will await the outcome of the case. The court has said we must give them whatever necessary documents in terms of the Sbu Ndebele report," he said.

Magashule told journalists yesterday that ANC officials will visit the Eastern Cape in a bid to unite party members.

Sowetan understands that also dominating discussions at yesterday's meeting was the collapse of the KwaZulu-Natal conference following a court interdict in favour of disgruntled members who claimed that they were unfairly excluded from the process of choosing delegates to the meeting.

This and the prospects of the recently held Free State party conference being nullified on similar grounds seems to have angered Luthuli House.

"We have said to our members, exhaust internal processes (before approaching the courts). We are at a stage where we are going to say to members who have decided to go to court that 'it stops here'," Magashule said.

"We will deal with these matters. We are allowing people, we are educating them politically. We have patience. There will finally be a decision which says 'it stops here'."

Magashule said the national dispute resolution committee was on board in all provinces.

"We have discussed Limpopo. We are happy that things are going well in Limpopo. There are grievances that are being dealt with. Limpopo is ready for provincial conference this weekend," he said.

Magashule said the Kwazulu-Natal provincial conference which was halted by a court will take place later this year.