Armed with stethoscopes and scalpels, the new generation of South African medical doctors have taken the fight against disease in their stride, advancing the 1976 youth's legacy.

Among the nation's emerging leaders in medicine is Sandile Kubheka, 25, who made history by becoming the youngest person in SA to qualify as a medical doctor.

Speaking to Sowetan yesterday, Kubheka reflected on the past five years of his career and what lessons can be taken from the 1976 generation.

"We should continue fighting to be the best and going after our dreams. Young people must grab opportunities available to them with both hands."

Kubheka works in the intensive care unit at Grey's Hospital in Pietermaritzburg, KwaZulu-Natal. He is also an ambassador for the SA National Blood Service, whose passion lies in rural health.

"Our government is trying its best, but people in rural areas continue to suffer because of being under-resourced. We need to invest more in rural health."

Although the country's public health system has been challenged by reports of under-staffing, lack of adequate equipment and allegations of financial maladministration, Kubheka believed there was still hope to turn things around.

"If we work together there will be less doctors who are unemployed and less healthcare professionals who are unhappy in the workplace."

Another noteworthy professional whose name has been celebrated is Dr Nokwanda Zuma, a 33-year-old heroine in a white coat, who has stepped in to assist with cancer treatment in KwaZulu-Natal.

Zuma is the second black female oncologist in that province, and was appointed as head of radiography at Addington Hospital after completing her training in Western Cape just over a month ago.

Born in Pietermaritzburg, Zuma said her passion for oncology has existed since 2012.

Zuma completed her undergraduate studies at the UKZN medical school, and said she wanted to inspire others to go into the field as there is a shortage in the country.

"A developing country like South Africa needs to increase the awareness of cancer at the primary healthcare setting.

"We need to improve the way we diagnose our patients and I strongly feel oncology needs to be included as part of undergraduate training for doctors. I believe we have only a few oncologists because cancer wasn't a common disease in the past, but more people are now being diagnosed and . knowledge and technology is advancing." 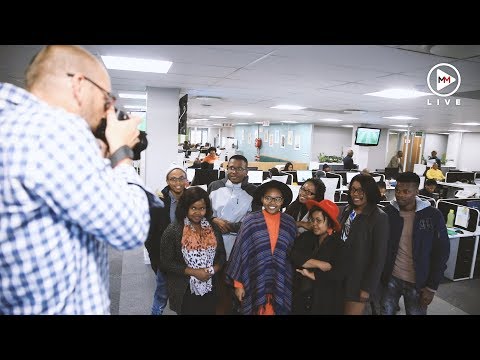