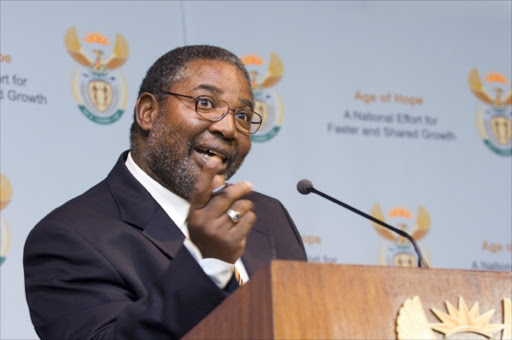 Another former cabinet minister‚ Sydney Mufamadi‚ will chair a high-level review panel to "assess the mandate‚ capacity and organisational integrity of the State Security Agency (SSA)"‚ the Presidency said on Friday.

The 10-member panel‚ whose other members include former spook Barry Gilder and journalism professor Jane Duncan‚ is expected to conclude its work within three months.

The review panel’s establishment follows Ramaphosa’s statement in the National Assembly on May 8 in which he expressed his intention to set up a review body to assess the structure of the SSA relative to its mandate‚ and inquire into its systems and capacity.

Ramaphosa is to set up a review panel to probe shenanigans at the State Security Agency.
News
4 years ago

According to the Presidency‚ "the panel must seek to identify all material factors that allowed for some of the current challenges within the agency so that appropriate measures are instituted to prevent a recurrence".

The panel’s main objective "is to assist in ensuring a responsible and accountable national intelligence capability for the country in line with the Constitution and relevant legislation".

The review comes after damning allegations raised by Jacques Pauw’s book 'The President’s Keepers'‚ which linked former SSA head Arthur Fraser to the abuse of intelligence services. The book alleged that Fraser set up a network of agents‚ including his own relatives‚ which could have wasted up to R1-billion of taxpayers’ money.

Pauw also suggested Fraser could be guilty of treason for setting up a home computer server into which reports were fed.

In April Fraser was moved from the SSA‚ where he was director-general‚ to the equivalent position of national commissioner at the Department of Correctional Services. This came amid a tussle with the inspector-general of intelligence‚ Setlhomamaru Dintwe‚ who is conducting an investigation into Fraser’s leadership of the SSA.

The DA has filed papers to challenge the appointment‚ arguing that Ramaphosa’s decision to shift Fraser to another high-profile position‚ regardless of at least prima facie indications of dishonesty‚ was "irrational‚ unconstitutional‚ unlawful and invalid".