Portraits of celebs down to a fine art

By Karabo Ledwaba - 14 June 2018 - 12:42
The portrait of Boity Thulo.
Nhlakanipho Mkhize is a self-taught hyper-realism artist.

Nhlakanipho Mkhize's ability to capture the emotions of well-known people from photographs has already helped him nab renowned DJ Black Coffee as a customer.

"It was one of the highlights of my career after he bought the portrait for R10000," he said.

The 28-year-old Durban artist said he had been drawing since he was nine, after he realised his emotional response to people's expressions in photographs.

"I was raised by my grandmother because I was an orphan. I was an introvert so I would always be in the house drawing. I liked it and stayed with it."

Mkhize studied architecture at the Durban University of Technology to have a sustainable career, but his passion lies in hyper-realism art.

This is when an artist is able to draw or sketch art that is identical in detail to high-resolution photographs.

He has garnered much attention from people on social media after he started posting drawings of celebrities such as Boity Thulo and Nomzamo Mbatha.

"It takes me up to a week to complete a sketch because of the details. It will also depend on people's skin textures.

"For example, smoother and softer skin textures take longer than a week to recreate."

Mkhize said he familiarised himself with other artists and their work to improve his skills.

"I've had a few other celebrities tell me that they are planning to buy my portraits of them. I have hope that I will only grow from here.

"I am planning to do this full time because my passion is in art. I can't see myself not doing art because of how much I learn from it." 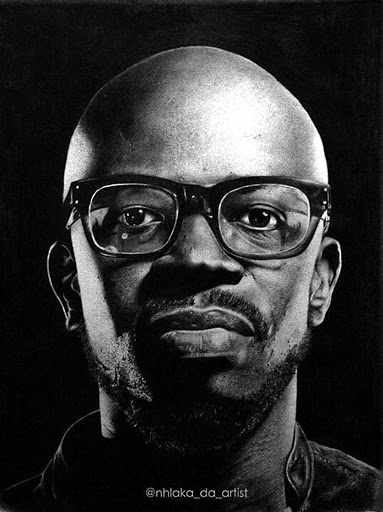