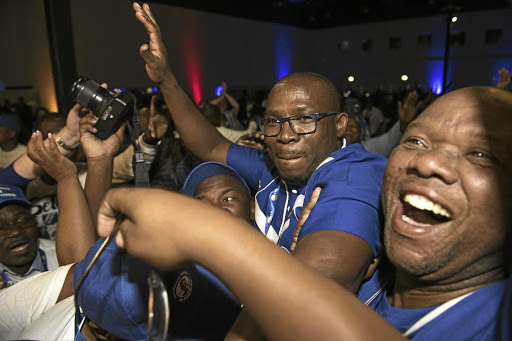 A row over the election of Natasha Mazonne as the DA's second deputy federal chairwoman took another turn yesterday, with the party's Western Cape leader Bonginkosi Madikizela saying the appointment must be tabled before the party's federal council.

The federal council, the DA's second-highest decision-making body after the congress, is meeting next month.

"I don't want people to use my views which are based on principle to fight their own political battles," Madikizela told Sowetan yesterday.

"I questioned the federal legal commission's decision to overrule the decision which was taken by the congress. It must be tabled before the federal council."

The furore stems from how the process to elect Mazonne was conducted at the party's federal congress in April.

Some aggrieved DA leaders have said when voting took place at the congress, the second deputy position did not exist, noting that the position was created after voting at the congress.

Madikizela, Gauteng MPL Khume Ramulifho and MP Zakhele Mbhele are alleged to be among those not happy with the election of Mazonne.

However, Mbhele said yesterday that he was not aggrieved by the election of Mazonne.

"Any claim that I'm part of a group of DA leaders unhappy about the status quo concerning the second position of deputy federal council chairperson is untrue.

"I am not personally aggrieved at all about the situation," he said, adding that his colleagues in the DA were entitled to their views.

"But differences on such should be deliberated on through internal party structures, not ventilated publicly."

Ramulifho has spoken out against the election of Mazonne and even threatened to take legal action.

DA Gauteng leader John Moodey and party provincial chairman Mike Moriarty met with Ramulifho yesterday at the Gauteng legislature in a bid to find a political solution to the dispute that is dividing the party further.

"That issue has not been discussed yet, but I am going to the meeting now," Moodey said at the time of going to print.