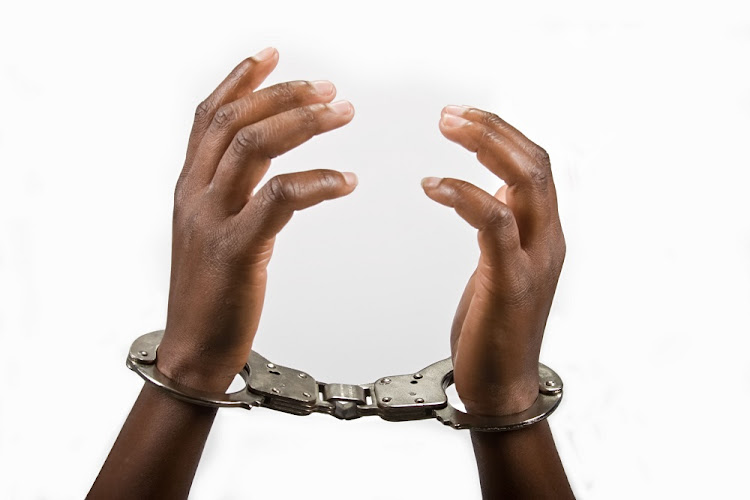 Three police officers attached to the Germiston flying squad remain in custody after allegedly hijacking‚ kidnapping and robbing the drivers of two vehicles in Krugersdorp West on the West Rand on Saturday afternoon.

Lieutenant-Colonel Lungelo Dlamini‚ spokesperson for the Gauteng police‚ said the suspects had stopped a truck and a bakkie that was escorting it.

"The driver of an escort vehicle was forced out of his vehicle and ordered into a police vehicle. One of the police officers also jumped into the truck and forced the driver to sit in the passenger seat.

"The victims were driven into an open veld and forced to lie on the ground whilst being pointed with firearms. They were also robbed of a substantial amount of money before the officers drove away‚" Dlamini said.

Police arrested 113 illegal miners in the Evander area in Mpumalanga on Friday.
News
4 years ago

After a case was reported‚ information was followed up and the police officers were arrested. A truck and a bakkie were later recovered.

The trio appeared in the Krugersdorp Magistrate’s Court on charges of armed robbery‚ kidnapping and hijacking.

"They remain in custody and will reappear on June 14 for their bail application‚" Dlamini said.

Provincial police commissioner for Gauteng Lieutenant-General Deliwe de Lange said that a full and thorough investigation had been ordered into the activities of the arrested police officers.

“Taking action against bad elements in the service must be seen as a commitment by management to work towards a better police service‚" De Lange said.

WATCH | Female officer bae has got the internet admitting their crimes

If you think that crime in this country is spiralling out of control faster than some rapper's careers‚ CSI Twitter jokingly think they may have ...
Pic of The Day
4 years ago
Next Article